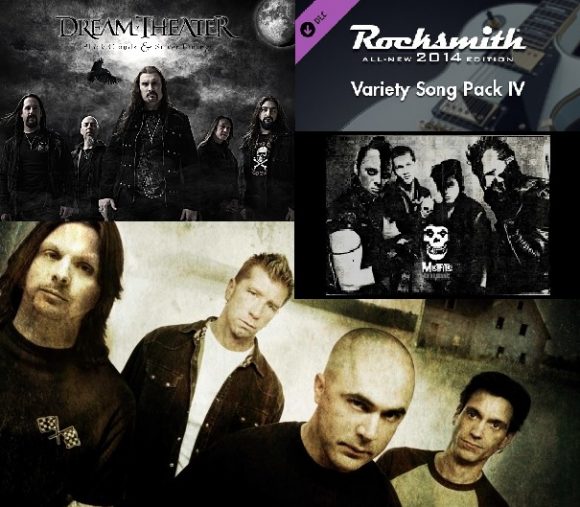 Dearest apologies for the delay, welcome to another edition of the Rocksmith DLC Round-Up! Before we look back at the month of September, let’s see how you voted for the month of August: 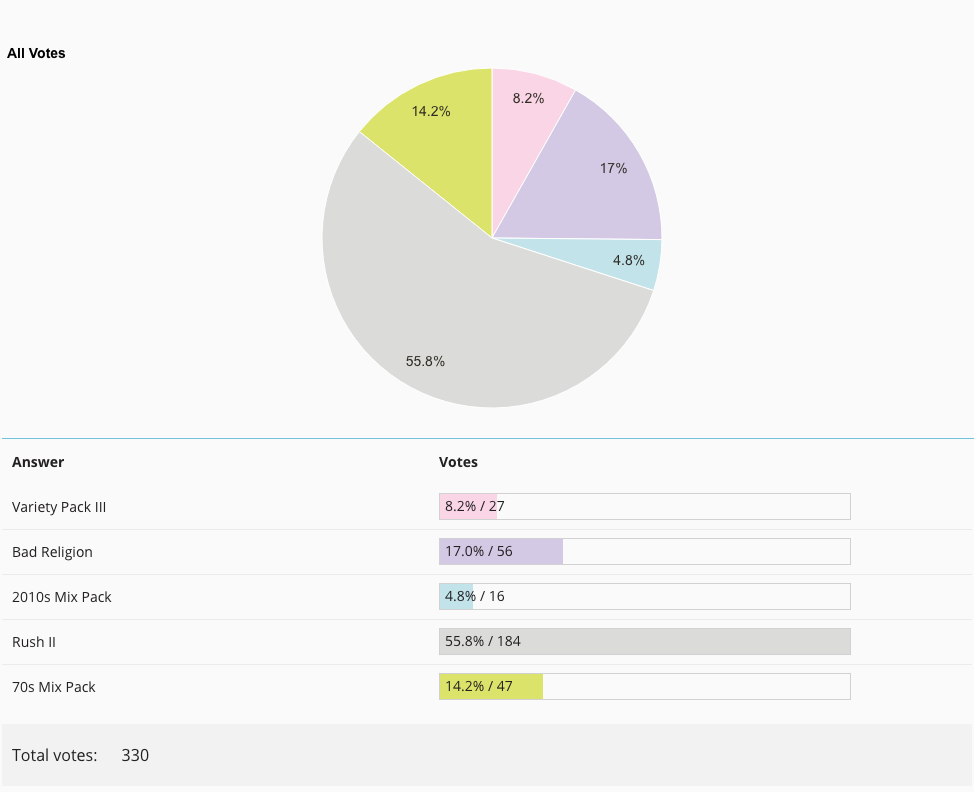 Was it even a question? This might just be one of the biggest majorities won by an artist in one of our polls.

Boy, was September a darkly-toned month for Rocksmith: Staind startd the month off quite literally on a low note, as we tund our guitars lower than Rocksmith has ever gone down to Ab – a minor sixth lower than E. Things lightened up in tone with the presence of A Flock of Seagulls and the return of Fleetwood Mac in our fourth variety pack, along with the darker A Day To Remember and Sepultura. We dove back into dark waters with The Misfits and their grim, oppressive style of horror-punk, and we finally ended the month on the technically challenging (and still darkly-toned, if you’ve noticed a pattern here) progressive metal band Dream Theater.

Bass guitarists should be in for quite a challenge with the presence of Dream Theater’s John Myung alone, but what else did we receive in the low octaves?

Nothing too intense, but there’s definitely some movement in this chart by AFOS. Plus, it’s great for practicing palm-muting.

Pretty simple, but still has some nice slides and variety.

Lots of changes between the E and A strings here.

Guitarists had a pretty good haul as well:

Lindsey Buckingham is one of the finest fingerstyle guitarists of all time (I dare anyone to challenge that statement), and this solo acoustic ballad from Rumors will challenge even the heartiest of guitarists lickin’ for a finger pickin’.

More fast, challenging riffs and solos for  Deathy Thrash Metal fans out there.

Some simpler New Wave for those looking for something somewhat challenging, yet accessible.

For the punk fans looking for something accessible; punk ain’t supposed to be challenging, after all.

September was slanted a little more toward the low end of the tuning spectrum compared to previous months with the presence of Staind, Sepultura, and A Day to Remember, but the presence of Misfits and Dream Theater still leaves E Standard on top:

Which brings us to one question…

Lol. “Staind startd the month off quite literally on a low note” Boy, you can say that again

I enjoyed Misfits the most, but each DLC pack was solid. Although honestly I mainly liked the Staind pack because it was tuned really low, gave me some practice on my extended range guitars. Would love to see some less ballad-style stuff for the low tunings.

Would love to see some less ballad-style stuff for the low tunings.

hah! I edited that -- Elliott