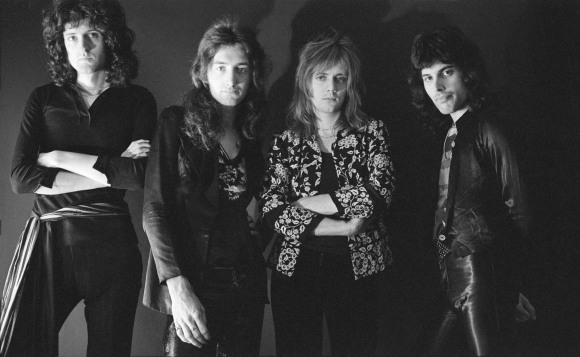 Apologies for taking longer than usual to write this, but it’s about time for another legacy DLC review. Today’s subject: a 5-pack from one of my all-time favorite bands, Queen, released on June 12th, 2012.

You read that correctly, two alternate lead guitar arrangements.
More so than the vast majority of other rock band of their era, Queen’s pre-1980’s material takes great influence from classical music, especially Mercury’s compositions such as this one; it shouldn’t need much of an introduction, being one of Queen’s most recognizable songs and a shining example of an effective use of contrasting song dynamics and musical experimentation. Since this is mostly a piano ballad with an operatic bridge between 2 guitar segments, the Rocksmith team have seen fit to chart the vocal track on the primary lead arrangement during the long segments lacking guitars comprising over 60% of the song, something which was added exclusively to the 2014 edition. I may be in the minority with this opinion, but I never liked when the vocals are charted on guitar in Rocksmith for the purpose of either adding an unnecessary arrangement (i.e. the leads on Hey Ho and Every Breath You Take) or padding out a relatively sparse chart in this case. I’ve simply never found it comfortable to play a vocal track on lead, since both are very different instruments with their own unique styles of play. I can understand why the Rocksmith team might have done this, but it really shouldn’t feel necessary, and it just does not click for me as a guitarist. Granted, many others will find more enjoyment in this arrangement than me, and it is reasonably challenging to play.

What is especially quite odd to me about the inclusion of the “vocaltar” chart is that the two alternate leads and the rhythm ditch charting the vocal track entirely in favor of just focusing on the world-famous guitar parts. In spite of the long stretches of having no guitar, I find this these charts much more satisfying to play, mostly as a partial lesson in timing and patience. I would certainly recommend these tracks to any aspiring professional musician or most advanced players interested in experiencing the compositional structure of this historic musical masterpiece. The solos themselves are quite challenging and immensely more satisfying to master than the “vocaltar.”

The bass chart isn’t too shabby either; while probably the most accessible in the pack, it exhibits a satisfying amount of variety while showcasing John Deacon’s ability to add just the right amount of groove and legato to a bassline to effectively drive a song forward. I would most recommend it to any intermediate-level players or to pretty much any bass guitarist who is a fan of this song.

Along with Bohemian Rhapsody, Killer Queen shows even more of Mercury’s strong classical influences when songwriting; and while not nearly as spacious as the lead chart on Bohemian Rhapsody, the song does contain a few extended segments of breathing room for the three guitar arrangements. With its emphasis on precise, melodic, multi-tracked lead counterpoint solos and harmonies, and complex chord shapes, the guitar arrangements are substantially more technically-oriented than the rest of the songs in the pack as opposed to the more feeling-induced solos of the other songs. They’re all great fun to master, and the single-note alternate lead arrangement will give intermediate players something to start with as practice.

John Deacon’s bass skills absolutely shine here; his numerous grace notes, octave jumps, and groovy slides give this song significant depth and drive. I’m a little surprised this wasn’t on the list of songs on Rocksmith you need to try on bass, as I feel that John isn’t given quite as much credit as he deserves as a bass guitarist. That being said, intermediate- to advanced-leveled bass guitarists will have the most fun with this wildly varied track.

By the way, just what does “Dynamite with a laser beam” mean?

In addition to their more famous classically-inspired rock tracks and anthems, Queen’s mid-70’s output displayed significant experimentation into genres that haven’t even had names yet, such as this collaborative effort written by all four members. With one of the fastest tempos in Rocksmith (impressive, considering it was written in 1974), this song is widely credited with being one of the biggest influences on speed metal and thrash, especially from Metallica; whose cover won a Grammy Award in 1991. In spite of its short length, this is one of the more challenging songs in the pack to master on lead guitar due in no small part to both its speed and its two solos. Advanced-level guitarists will get more of a kick out of the lead, while intermediate players looking for an exercise in rapid-fire chords might find more comfort in practicing with the rhythm arrangement.

The bassline follows the guitars’ rhythm much more closely this time around, although John Deacon’s distinctive grace notes and octave jumps give it some much needed personality, and his ability to work with the song’s speed additionally display his wide versatility with the instrument. Advanced bass guitarists looking for something tremolo-heavy will find much to enjoy here.

I’m pretty sure Brian May wasn’t lying when he wrote this song…
(You may punch me in the face for that joke later.)

As one of guitarist Brian May’s compositions, his propensity for driving, hard rock-style riffs shines through here in a riff that came about as he was experimenting with Drop D tuning (the only true-tuned Drop D song on Rocksmith, might I add). The widely varied chord shapes, the quick string-skipping, and the aggressive drive of the primary lead arrangement will make for a substantial challenge for any mid- to high-level guitarist. The alternate lead is mostly a single-note version of the primary lead, so those in need of practice can ease into the primary lead this way.

The bassline is certainly on par with Killer Queen in regards to its drive and personality. Although it may only be present during the later 2/3 of the song, intermediate and advanced bass guitarists will enjoy this multiple octave-spanning, slide-heavy groove. Undoubtedly recommended if you don’t mind true-tuned drop D.

Another Brian May-penned composition, this was Queen’s debut single in 1973. Along with Killer Queen, this additionally showcases May’s talent for guitar multitracking, as all 3 guitar arrangements, even the rhythm, play a lead-like role; utilizing both harmonized and counterpoint solos often simultaneously used during the same sections. Due to the complexity of these solos and the presence of composite bends, this manages to be the most challenging in the pack to master alongside Stone Cold Crazy. Since the primary lead contains more bending and chords than the other two guitar tracks, I would recommend that most intermediate guitarists start with the rhythm and alternate lead first. Advanced players are most certainly going to have the most fun with this song’s primary lead.

The bass track is slightly easier this time around, as it mostly follows the guitars’ notes with a more relaxed rhythm compared to the rapid-fire note onslaught of the aforementioned guitar tracks. Just like the previously mentioned songs, more of John Deacon’s personal grace notes and additional melodic touches are still present and in full effect. While not the grooviest in the pack, it’s quite fun and sufficiently challenging, so I would recommend it to intermediate bass guitarists most.

Pick of the pack: Killer Queen

Overall, though, I must say that, while this pack is a great must-own for any Queen fans playing Rocksmith, I cannot help but feel a little disappointed by the potential this pack had. In addition to lacking any of their harder-rocking 80’s material that would seem perfect for Rocksmith, none of John Deacon’s or Roger Taylor’s compositions are featured at all. Perhaps that’s what future repeat DLC packs are for…

More legacy reviews to come! Have fun, and see you all next time! 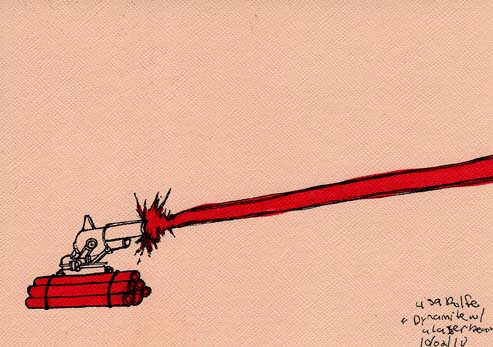 Yeah, doesn’t make much sense to me, either.

Stone Cold Crazy is my pick.

My pick is Fat Bottomed Girls

One of my favorite DLCs for Rocksmith. BTW, I really like these write-ups, Daniel! I still feel like a newb and it’s interesting to read a bit more information to better understand what I’m really seeing / trying to play.

Thank you very much! Comments like yours really mean a lot.

I may be a bit biased here but the Queen pack has been one of my favorites ever since it’s release mostly because Brian May is one of my favorite guitarists. I just love the way he composes his guitar parts, something that is showcased quite well in Keep Yourself Alive, Bohemian Rhapsody, and Killer Queen.

The only thing I can say here is that we need at least one more pack from Queen.

Great pack!If you didn’t get the next Gen version of the game and lose access!

It’s guaranteed to blow your mind.