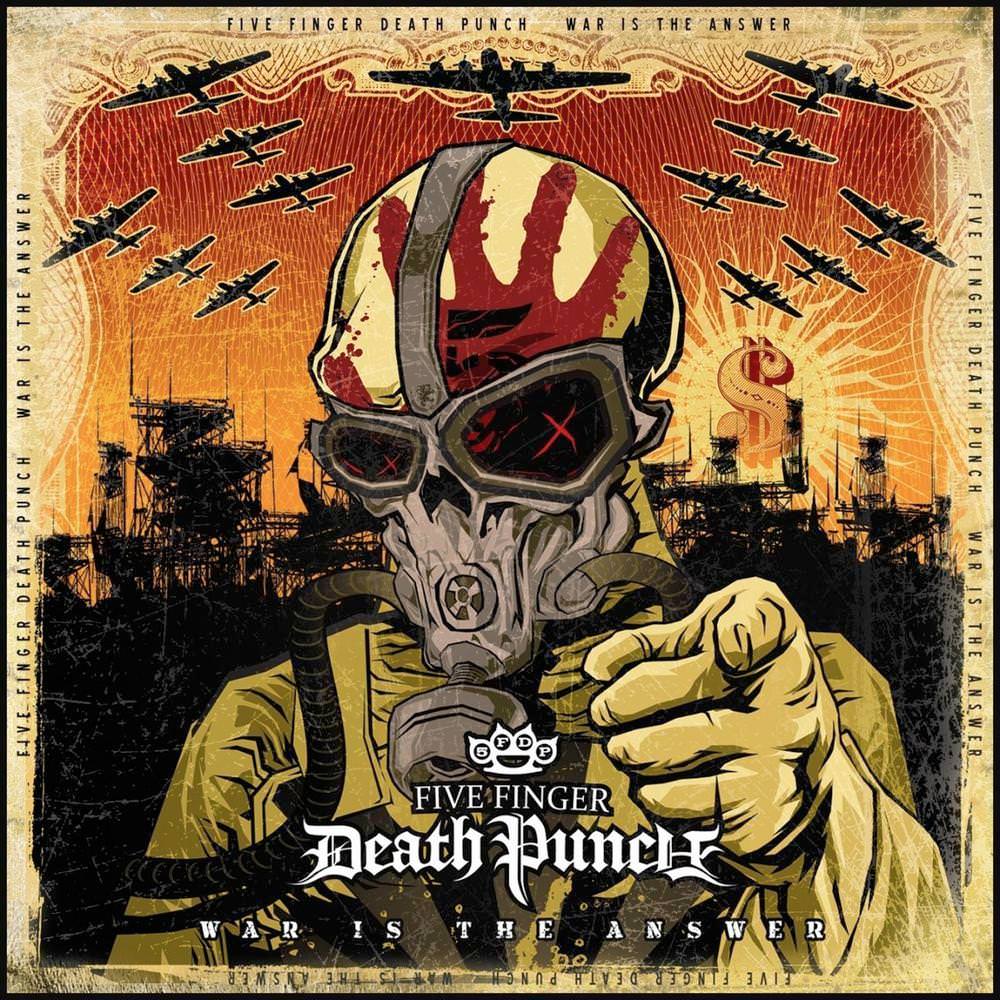 Did you hear the one about @FFDP coming to Rocksmith Remastered this week? Well, here they are!

Over the weekend we confirmed that both The Bleeding (The Way of the Fist – 2007), and Wrong Side of Heaven (The Wrong Side of Heaven and the Righteous Side of Hell, Volume 1 – 2014). Today we can confirm the third song (via Xbox AU) is indeed their cover of Bad Company (War Is the Answer – 2009). So when are we getting the original? ?

One of the most successful groove metal bands of the 2010s, Five Finger Death Punch have been a staple of the Billboard charts since their formation in 2005. Taking their name from the cult martial arts film The Five Fingers of Death, the band’s titanic riffs and darkly skewed lyrics deliver a brand of vintage thrash and blazing metal as powerful as their name.

E Standard for The Bleeding? That was nice of @ubisoftstudiosf

Only one DLC left in 2018 and we have a pretty good idea of what it might be. Are you looking toward next week or is three out Five Finger Death Punches your thing? let us know!

Seriously? What kind of crap is that? We need the ACTUAL band Bad Company not this. I understand for the people that want FFDP but I just don’t get why we get a cover before an original.

Woo Hoo! Three more tracks I can use my baritone guitar with on Rocksmith!

Look I want one good deep cut. Canto is a blazing instrumental. can’t think of a better lesson in Groove metal

Make sure you request it 🙂

Very interesting. I will learn to love it, I suppose. ?

I was hoping Hard to See or Jeckyll and Hyde, but a B standard Pack is a must have for my Baritone guitar!

Honestly I am glad to see Ffdp so I have no doubt we will see them in the future tbh like with Queens of the stone age they only released like 2 low key songs back in 2014 but then soon released an official pack.

Did you hear the one about the bass being in B? Cause if it ever was I don’t remember it!

I threw up in my mouth a little just before seeing that 5FDP is this weeks Rocksmith DLC. Coincidence? I think not.

Really not a great selection of their catalog. Which makes the inclusion of bad company fairly insulting. Oh well. Have to take what you can get. I’m sure this will sell well enough that more tracks will be released later. I’ve already made my requests for quite a few of their songs. Hopefully I get some of my favorites next time. Wrong side of heaven is definitely the best track in this pack. Still should’ve been a 5 pack, these guys have a lot of songs even though they havent been around that long (12 years I think). They are really consistent in putting out albums. Wonder if some hellyeah might show up next year.

I doubt bass arrangements will actually be in B standard, probably just e standard with an octavier, as usual

Yeah, my guess as well

but i requested Tool.

yeah, i know. i jest. just wish this pack was a joke, this is one of the worst bands to ever do it