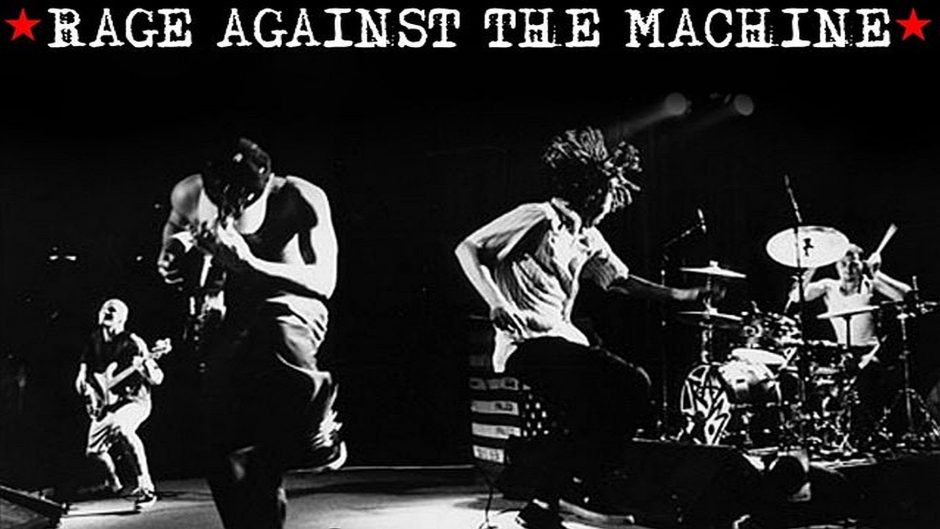 It’s that time of week again, so lets take a look at what the clue has in store! 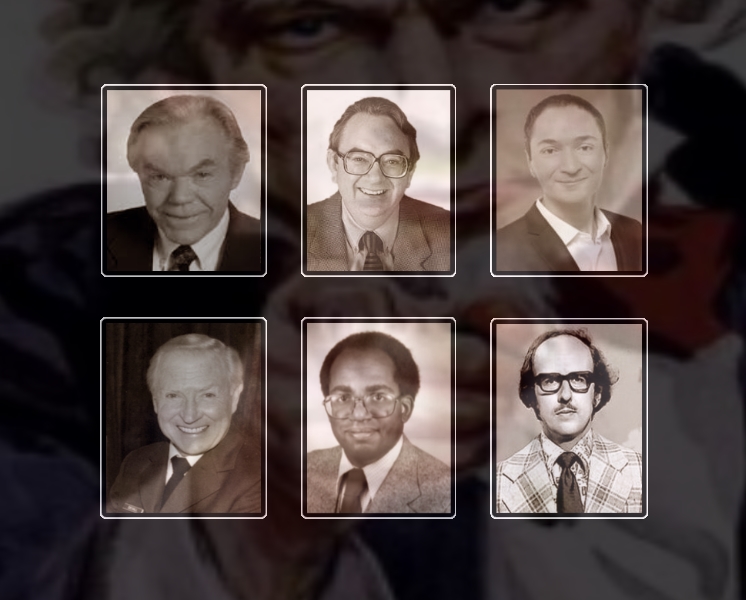 It’s just a .jpg, so there’s not going to be anything hidden inside. Have you figured it out yet? Maybe this will help you see the connection.

The forums had some ideas about what it could be. 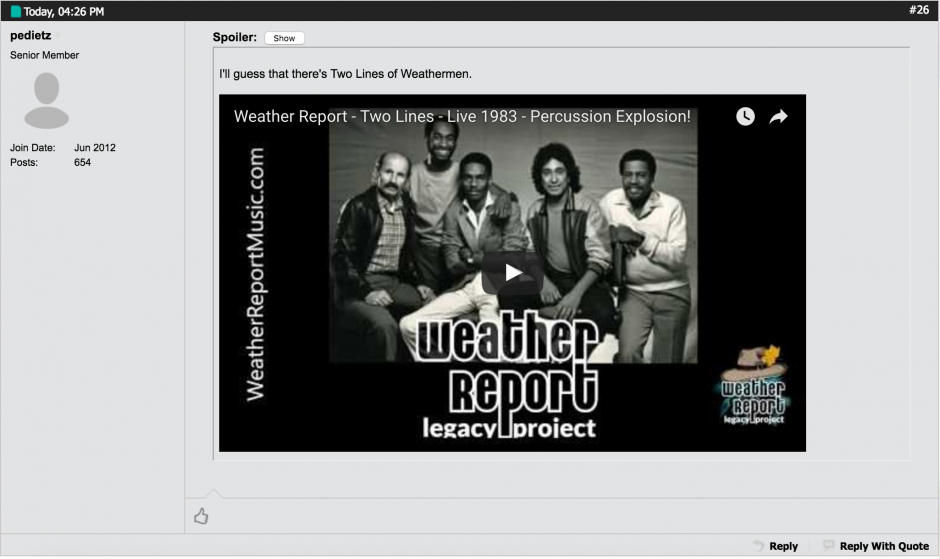 But that still doesn’t explain the Uncle Sam in the background. Hmmm… What could it be…

Now we’re getting somewhere! All we need now is to see if it’s officially confirmed.

A power struggle indeed! Yes, Take the Power Back is one of four songs coming to Rocksmith Remastered this week as part of Variety Pack VII!

It’s been a few weeks since our last variety pack, and as usual these are just blind speculations as for what could join it. With that said, here’s our personal picks for what we want to see this week!

Sorely missing from the first R.E.M. pack, these Variety Packs have often made good on major songs that were mysteriously excluded from original packs.

Rocksmith have always had a good selection of UK music and hopefully it can be added to with easily the most recognizable song from the incredible Razorlight!

A perfect campfire song that everyone is sure to know. It’s exactly what microphone mode is craving with this chart topping acoustic smash.

Are you excited for more Variety in Rocksmith, or do you think they need to get more focused? Let us know in the comments!
UPDATE:

Look for a new #Rocksmith Variety Pack this week. You’ve seen the difference, and it’s getting better, all the time… pic.twitter.com/5DGXtKlQHG

I was hoping we’d get a song from The Mentors. I like that one where they sing about using a person’s face as toilet paper.

The only thing that’ll make my life complete is when I turn your face into a toilet seat.

I was talking about Reese.

I’m assuming you want to do a glass bottom boat, but without the glass bottom. That is horrifying!!

Alright, for the record, I guess I should jump on the dog pile.

“Bass for your face…”

Fight the Power
and/or

Black Steel in the Hour of Chaos

Let your god fearing elected officials know how much you appreciate all their efforts. Invite them to bible studies.

Or a friendly game.

I would like to see “Idiots Rule” by Jane’s Addiction make the pack. =)

More RATM is always a good thing. Razorlight would be great, I once requested “In The Morning”. Also hope for Therapy and/or Bloc Party.

They will probably have to put some hardcore country (right wing) artist to balance the pack.

By “hardcore” I meant the most inbred, redneck, sh*t kickin, pickup truck driving, sheep loving, twang laden music to listen to while beating your loved ones. That should appeal to the people that are crying about the Rage song.

I think sheep loving is more of a negative welsh stereotype. So your describing Taylor Swift , huh?

I was under the impression Taylor Swift was Pop music. The only people from Wales I am familiar with are Terry Jones, Christian Bale and Catherine Zeta-Jones; not a large enough cross section of the population to develop a stereotype. The state I live in is Wyoming adjacent and they seem to enjoy Toby Keith and Velcro gloves.

Agreed, if its anti establishment , we need some 80s punk.

I thought it was a whole pack of RATM and then I got this news. Next thing you know America will be lead by a reality tv star with small hands

AWESOME Song! Always when I pick up a guitar(acoustic) I played de riff on “No more lies” part. But the entire song is very fun to play. I don’t like que political ideology of the band, but they are great musicians.

Been waiting for take the power back

F@#k you i wont do what you tell me

Great!!!! So Rocksmith is “kind of” supporting the whole boycott Trump thing it seems. I am not a fan of Trump, but all of this resistance nonsense is shameful and disturbing stuff. I turn to Rocksmith for leisure and catharsis away from the realities of the world; sad they too have to jump on this pitiful bandwagon.

No, it’s just coincidence. Have you forgotten that we already have 7 other RATM songs?

And that releasing a DLC is not done in one week? I think they said the whole process takes at least 3 months, for the faster.

Can we please not take it there? No-one has even mentioned that name yet on this board. Whether, Ubisoft is getting involved with today’s events or not, you can still turn to Rocksmith for the Jackson 5, Fleetwood Mac, Skillet (<--hmm i wonder if that comment will go unnoticed), Jimi Hendrix, Blink 182, Kansas, Tesla, John Williams, Mozart, Bach, Earth Wind and Fire, B.B. King, Brooks N Dunn, No Doubt, Steve Vai, and Kenny Rogers. There's too much else to focus on besides one week's worth of music.

And if you really want to go to sleep and forget the worries of the day, look no further than the lullaby Green Day pack we got last year. (Sorry folks, I know it's time to move on but……..)

‘Resistance is shameful and disturbing stuff…?’

Resistance like sit-ins at lunch counters? The March at Selma?

Protesting the VietNam War? (You think those Kent State kids had it coming, I’d guess.)

Man, the people who are the loudest about how Americans should behave often come across as the most clueless as what it actually means to be an American. Disturbing, for sure.

Rock and roll is not supposed to be anyone’s safe space. It’s very much the opposite (give or take Air Supply).

There seems to be stuff you really like but don’t really understand.

I understand fully; please do not come prancing in here with your “history” lesson. The protests you mention above (Boston Tea Party, Women’s Suffrage, and the civil rights protests) are a far cry from the protests of today (Trump, Ferguson, etc.). Also, those protests you mention above were well ORGANIZED, represented a CLEAR MESSAGE, and did not use VIOLENCE, IGNORANCE, and DESTRUCTION of public property and infrastructure (aside from the War of Independence, but that was war!). BTW, this is a music GAME j--kass! I am not talking about what the artists are saying in the songs (I was 20 once and thought communism was cool too, thus I liked RATM), I am talking about the position Ubisoft is taking. Safe spaces are for libs like you who can’t deal with an election result or when you feelings get hurt. Protesting is fine (although today it is more self-serving, mostly people of ‘white privilege”, and reeks of the Snapchat culture) but not when it turns out more ignorance. Sorry MAN; nice try though.

The March on DC has been enormously well organized. As have marches all over the world. (Ferguson is a whole ‘nother thing you’re projecting onto this. Has nothing to do with Trump. Try to keep your hysteria focused.)

You’re the one asking for the safe space here, honey. “Please Rocksmith! I just want to relax and play my game!” You like U2? Do yourself a favor and skip the Joshua Tree tour. You would most certainly hear something from Bono that you would find upsetting.

You sound triggered and like you have a lot of feelings to get out. And this was brought out of you by the teaser announcement of DLC related to a video game. You might need to toughen up a bit. I mean, emotionally, not in terms of using all caps. All caps has never helped anything.

Anyway, hope projecting all your fear and confusion into a comments section helped. Thankfully there’s still plenty of Kiss, Ted Nugent and whatever else helps you get your non-thinking leisure on.

Even better news, you seem to be having quite the catharsis here. Rocksmith giving you what you want, after all. Keep requesting that Lee Greenwood!

Dude you started it , you brought it up, obviously you had things you wanted to project and you seem smart enough to know it would stir the pot. Bravo, objective reached .

And the best part is all this was over the enormously left wing political leanings of this group of troublemakers: The Calling, Modern English and OneRepublic.

(There’s a lesson, but it’s already history, so nothing will be learned here.)

I will say I was very overreactive and way wrong. Love this pack and well, heck, “Take the Power Back” is a must for the pantheon.

What position is Ubisoft taking? That they’re releasing a popular song from a popular band to make money from people that want to play that song? The first RATM pack came out before Trump even announced his candidacy. You say you turn to Rocksmith to get away from the real world, yet you’re basically going out of your way to project real world implications that are very, very likely to be coincidental onto Rocksmith.

Oh wow, I’m sorry I misread this. All I saw was ‘I am Locutus of Borg. Resistance is Futile.”

I think the next part is, ‘we will add your biological and technological distinctiveness to our own.”

Is it possible that “power” is a keyword in song titles like it was the case in a variety pack a while ago (with the word “love”)? That would be great to see Powerslave, Power of Equality, the Power of Love or Weak and Powerless to name a few. <3

I would love to see Rooftops by the Lost Prophets ! I found the tabs but that is not the same as if they made it in Rocksmith. .
Rise Against the Machine has some good tracks too. Curious to see what the others will be in the variety pack. 2017 looking good so far !

Yeah, songs by chomos can stay out, honestly. I mean if it was optional DLC, whatever.

If they did it would be just that song, id dig there shinobi ninja vs song they have. But they arnt that big so id doubt if they would be included unless rocksmith keeps releasing dlc for another 10 years , then bands like lost prophet , madina lake, trust company , senses fail, saosin, chiodos , Trapt , 10 years and other small hit single bands could be put in. Im a huge nu metal fan but there is almost no chance of ultraspank ,vast , flaw , spineshank, gravity kills , KMFDM,m.s.I , adema, earshot or taproot making it in rocksmith or smaller grungemetal acts like green river, mudhoney , sponge ,death ,fear factory, ministry , our lady peace or for squirells #namedropper

I had no idea he did that, WoW, I was confused until I google the name.. honestly I like the song but had no idea who the lead singer was, guess it won’t be something they would make a track for.

This would be a great time for Funkadelic.

Oh and if I’m reading it correctly, Audioslave has covered Super Stupid, so BAM!!! Rage and Funkadelic are connected.

I was just going to say funkadelic maggot brain , hopefully sooner than later it will be added 🙂

Very fitting that you would put that particular R.E.M song in this pack. And I’m always down for more R.E.M! Maybe we will see Man on the Moon on RS someday?

Damn…I was hoping for Bombtrack.

Bombtrack is already a DLC in the RATM song pack. And its very, very fun.

Oh, marvelous then, thank you for the heads up mate, wasn’t aware.

What was wrong with the version of Bombtrack we got over 2 years ago?

I think the selection was due to the significance of today. (If not for that, I’d have liked to see Guerilla Radio or Mic Check)

Uhh Bombtrack is already in Rocksmith

Still waiting for Freedom by Rage Against the Machine

Extremely fun to play. No doubt

Hue hue! This is cool…like no joke, that’s awesome.

Nice, ratm is so fun to play