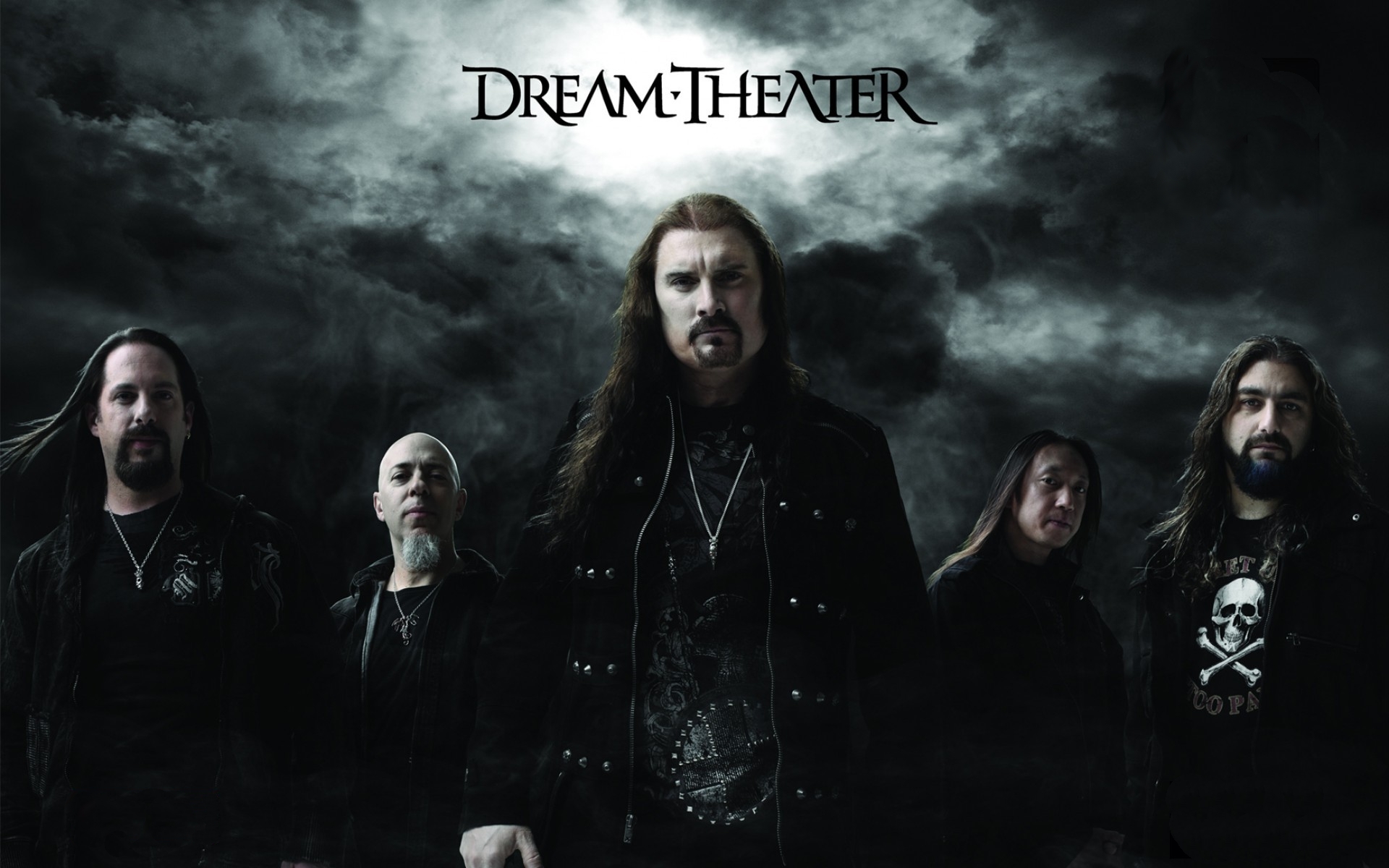 The clue has been posted by @UbiParadise and has been solved, and it looks like we are in store for a real challenge next week. Possibly the most polar opposite of a Misfits DLC that we can think of.

Glad everyone could figure out these Images & Words. Everything does indeed point back to Dream Theater. The background in the initial clue? That’s the CD cover for I&W blurred out to an extreme degree. The answers to the original image? All words featured in “Metropolis Part I: “The Miracle and the Sleeper.“”

Metropolis will be one of three songs featured in the upcoming Dream Theater song pack. Stay tuned to the Rocksmith social channels this weekend for another song reveal.

To temper expectations a bit, the entire pack is under 30 minutes in total length. Yes, that’s still a lot of music in a three pack. I want to make sure people set their expectations accordingly. Something like “Six Degrees of Inner Turbulence” as one of the songs (42 minutes in one track) would be slightly insane.

As a HUGE fan of Dream Theater, I can’t explain how personally excited I am for this one. Spending hours in Riff Repeater will never have been so fun. \m/

Surprisingly this is actually the first Dream Theater Song Pack across all music games (Jammit doesn’t count), they’ve either been a song included on an on-disc setlist such as Pull Me Under, which was featured in Guitar Hero World Tour as a cover in Rock Revolution, and in 2013’s BandFuse, Panic Attack in Rock Band 2, and finally Metropolis Part I: “The Miracle and the Sleeper” in Rock Band 4. Outside of on disc inclusions they have always been a single in a pack when it came to DLC, with songs such as Constant Motion, and On The Back of Angels.

So what other songs could be in store for us next week?

I think it’s safe bet to expect this one

This would be a fun one

Are you excited for Dream Theater to be added to the Rocksmith library? What other two songs are you hoping to see join Metropolis? Or does this scare your fingers? Let us know!

i know i know

not my cup of tea. I would rather have some more a7x but I know dream theater has a ton of hardcore fans so I’m glad they get a pack.

On the back of angels Confirm!!

So per FB, “On the Backs of Angels” is confirmed as the second song.

Per the wikipedia pages, OtBoA clocks in at 8:42. Metropolis Pt. 1 clocks in at 9:30. If my math adds up right, that’s 18:12 worth of music there, leaving us roughly 8 mins or so of music for the 3rd song. Which is roughly the exact running time of “Pull Me Under” (which is 8:11). So yeah…fairly safe to say that it’s going to officially be:

A solid 3 pack if I do say so. I know a lot of people have mixed feelings about the post-Portnoy era material, but OtBoA is a solid song. It’ll be interesting to see how it’s arranged for 6 strings (I was under the impression Petrucci used 7 strings exclusively on that album, but I could be wrong. Even if you’re not a fan though, the first two songs are legendary, and you will enjoy throwing your guitar/bass across the room as you come to the sad realization that you are not John Myung or John Petrucci.

Now, if Rocksmith would be so kind as to include a keyboard instrument to track Kevin Moore’s (Metropolois/PMU) and Jordan’s (OtBoA) parts…

i have this poster, great track! thanks ubi!

Metropolis Part 1, dat tapping bass solo of death
Pull Me Under, this one is a must
I do not believe about Panic Attack. This is a down tuned 5 strings bass, and Constant Motion is also for 5 strings bass.
So surprise for the 3rd song. 😀

I want finally free sooooooooooooo bad, but im 99 percent they will pick other things

The Riff Repeater
Reply to  신용훈

Make sure you buy the three pack

The Riff Repeater Wow,i need to put 32 gb of ram to play on that speed. 😎

I’m guessing Pull Me Under and As I Am but I know DT fans would rather see longer, more complex songs, idc I’m happy with Dream Theater

I’m hoping fpr Pull Me Under and a track from the astonishing (dystopian overture, a new begining or our new world)

Crossing fingers for Panic Attack, Pull Me Under or On the Backs of Angels

I would love to see Constant Motion

Only if they have a six string bass version for it.

Pull me under since gh World tour lml

Pull me under, Ytse Jam and Afterlife please 🙂

Panic attack or pull me under pls lml

Pull me under and take the time

Under a Glass Moon

You can survive this.

Only a 3 pack? Who am I kidding I should be glad they’re even gonna be in this game!

not my thang…
happy for those that it is

-Metropolis part 1: The miracle and the sleeper.
-On the back angels
-Pull me under.

-Panic attack: This is Bb but we have Staind pack =D
-Constant motion.

Too bad this is just a 3 pack, it’ll probably be Metropolis, Pull me under and panic attack. I wish on the backs of angels could make it…

So happy that Metropolis Pt. 1 is guaranteed. It was the song that got me into prog rock.

Pull Me Under has to be included. I mean, they named their best of album “Greatest Hit (and a bunch of other really cool songs) because of it.

As for the 3rd…Unless the Ubi guys are going to majorly rework songs to get 7 string guitars and 6 string basses arranged, anything beyond the “Falling into Infinity” album will be difficult. I’m pretty sure Petrucci has stuck with a 7 string on every song/album beyond that for sure.

If I had to guess, (and assuming that they will actually spread the songs across more than one album), here’s my choices for the 3rd song…

“Lie” (other than Pull Me Under, it’s the only other song they had that was close to a radio hit…a nice crunchy rocker)

“The Spirit Carries On” (A nice ballad, one of their easier songs, and I’m pretty sure it’s in range of 4 string bass/6 string guitar)

“The Dance of Eternity” (An amazing instrumental, although it certainly uses 6 string basses. But still, such an incredible song).

I’d be equally happy with “YTSE Jam”, or anything from the “Six Degrees of Inner Turbulence” album or earlier.

With that having been said, I won’t be able to play any of these. Good luck on the youtube videos for these ones Elliot. At least you had Rush to warm you up for these.

This pack has to have Pull Me Under. It would just be wrong not to include that song. It would be like an Ozzy pack without Crazy Train or a Slipknot pack without Duality. I will still buy it no matter what. But I would feel like I’m getting ripped off.

Is there guitar in Slipknot, isn’t it just drums and yelling?

funny…they actually busted out some solo’s on the gray chapter.

same on their 3rd album

I count their 3rd and 4th albums as stone sour.

if there were a slipknot pack, I hope duality isn’t in it. I love slipknot but not in a guitar game.

This is absolutely awesome!!! I’ve been waiting for Dream Theater. They are killing it this month with DLC.