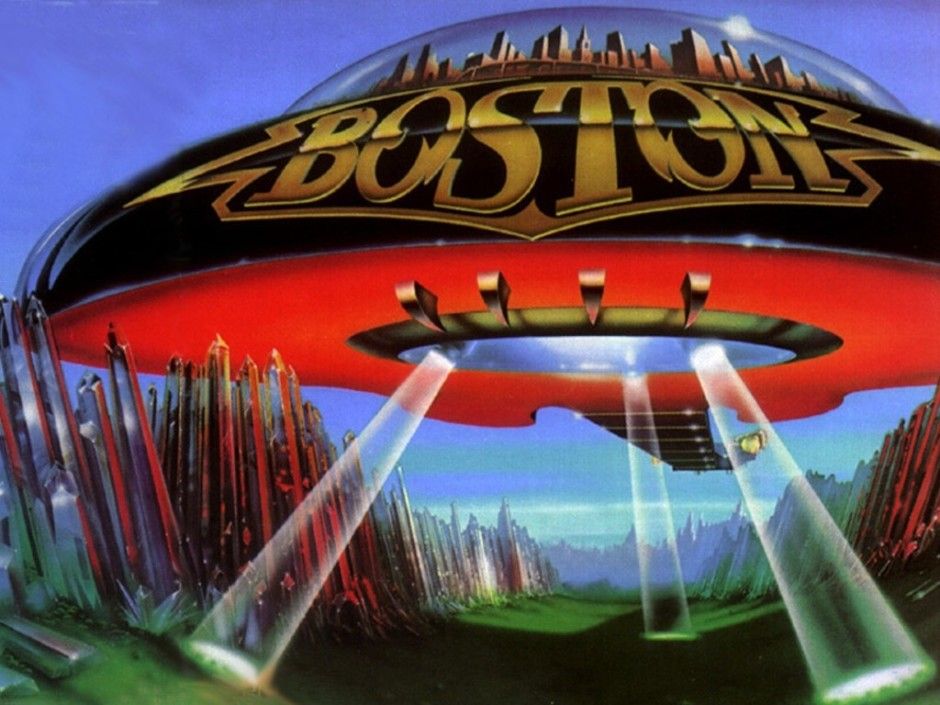 It’s been such a long time, since we’ve had Boston DLC in Rocksmith.

More Than A Feeling is one of the top selling songs and came out November 15th, 2011. You should remember it as the second Rocksmith DLC ever!

So here we are with Rocksmith 2014, and the Facebook page is hinting at Boston DLC for tomorrow. 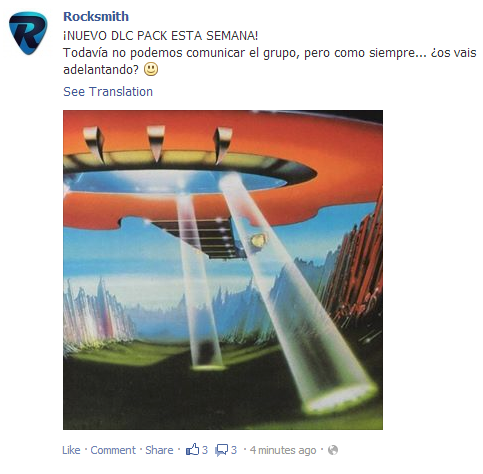 Fun Fact, there is actually no way to release a bad Boston pack. Well, I mean, I guess you might be disappointed if you don’t like their self titled album (what’s wrong with you?!)

We’re hoping for a 5 Pack and since we already have More Than A Feeling and Peace of Mind, it makes the predictions child’s play.

There’s no way anyone can be disappointed in the addition of Boston to the Rocksmith 2014 library right? Guess we will find out soon enough.

Oh and as always…

@TheRiffRepeater Depends what you expect. Next week is a band that had a very popular dlc song previously. Then we have a month of all new!

All this great dlc will bankrupt me. I hope Obama will subsidize dlc spending with tax cuts

Pumped. “More Than a Feeling” is really fun.

With regards to a previous post, I would LOVE to see a UFO pack. While I don’t have the clairvoyance to to say it ain’t gonna happen, it won’t. But how about Scorpions DLC? Plenty of accessible guitar friendly tracks to choose from… Why not?

to be honest i’m not as excited about this as the next guy i’m really looking forward to the whole month of new artists!

Also, it would be criminal for their hint to include a picture of the cover from the second album “Don’t Look Back” and then not include the seminal song from it…right? haha

They did this for disturbed. They included the album cover for Believe, but no tracks from Believe were included as DLC.

I agree though it would be criminal, just as it was for Disturbed.

Great news!
If Foreplay/Long Time isn’t one of the song in the pack, it’d be a really bad pack! One of the song I’ve always wanted to play!
After that, I’d like MOAR PEARL JAM PLEAZ 😀

Very disappointed with this week’s DLC, i personally don’t like Boston at all, but i guess you can’t have good music every week (having v. good/great band every three or four weeks is still a great ratio).

bah, just a matter of taste. Other than the Doors (sort of) this is the first “Music”, good or bad that’s been out in a long time DLC wise. Other is just beating your strings repeatedly or 3 chord max songs.

Bah, all that (both) is just really old, boring, tonal stuff. What we really need is some epic Schoenberg dodecaphony riffs. And a three-neck guitar arrangement for John Cage 4’33”… That would REALLY rock!

ahh yes, I remember the 3 chord stylings of Radiohead

I except Don’t Look Back will be one of the songs. Anyway…Boston is a highly underrated band. Wish Brad Delp was still alive, great singer.

Appropriate Colbert reaction .gif was appropriate.
Also, they’ve already hinted at what appears to be A Day to Remember being one of those artists: https://twitter.com/squirrellyninja/statuses/439492162322169856

Heart doesn’t fit the “new ones” hint. They already had the Barracuda DLC…

That isn’t what “new ones” means. Chris is referring to bands not on the Rocksmith 2014 disc. So for all we know there could be a Deep Purple or Pearl Jam DLC coming.

Nice, I would really like to have some more post-Ten Pearl Jam DLC or more Violent Femmes.

Was that a DLC? I thought it was on disk for the original Rocksmith.

Huh, would’ve expected them to be Bandfuse exclusives. What ever happened with Nancy Wilson being a Legend?

The last time they said anything about it, they were still planning on releasing Nancy as a legend, but had pushed it back.

Love Boston! Glad we are getting more.

All songs mentioned would do, but I hope Foreplay Long Time and Don’t Look Back are included for sure. Don’t look back is a great song and is often over-looked. A great example of this would be The post above by Elliott 😛 .

Yeah I think I’d pick that over “Smokin” but you know, keeping expectations realistic.

I’d say a 5 pack is pretty unrealistic, but I’d be glad to be wrong.

The 3 you mentioned have a huge amount of hits of which most have appeared in another music game (including SingStar).

We already have 2 of the few huge Boston songs so unless they’re going into not AORB with Don’t Look Back and Amanda or a few songs from their 2013 album to promote it (like with Aerosmith and MFAD), 5 songs seem very unlikely.

edit: I hate you

Radiohead has a song on disc and other DLC, and had 5 Songs.

Why can not Boston have 5 pack?

I’m expecting a 3 pack too, but it’s just from my personal feelings with the way DLC has been released up until this point. I do really hope it’s a five pack.

I do feel though, that if Boston was an English rock band, they would almost be guaranteed a 5 pack, just from what I’ve seen in the past. (Not saying that only English rock bands get 5 packs exclusively though)

I think Don’t Look Back is more realistic than Something About You or Hitch a Ride.

UFO would be better

Is that you Eddie Trunk? 😆

How dare you make a request on this Boston thread. Besides, UFO is a one hit wonder band.

I don’t know about better, but I’d love to see some UFO DLC. A three pack is easily possible.
Rock Bottom
Only You Can Rock Me
Doctor Doctor
Or….you could really go nuts and throw in Too Hot to Handle and Shoot Shoot for a fiver.
But seriously, I know there are plenty of bands where they feel it would just not make sense to devote a a full weekly DLC pack. However, why can’t we have some weeks where we are getting “singles” from say 5 different bands?

I totally agree, all the UFO songs you mentioned are awesome and would make great DLC. Doctor Doctor is especially great/fun to play.

Here’s hoping that Smokin is part of the pack because it’s another GTA San Andreas song.

Dude, it’s do funny that you say that. It’s for that very reason that I was really hoping Strutter would be included as part of the KISS pack