Greetings, Rocksmith fans, and welcome to another edition of the Rocksmith Remastered DLC Round-Up!

Before we get on to July’s DLC, let’s see how you voted for June. 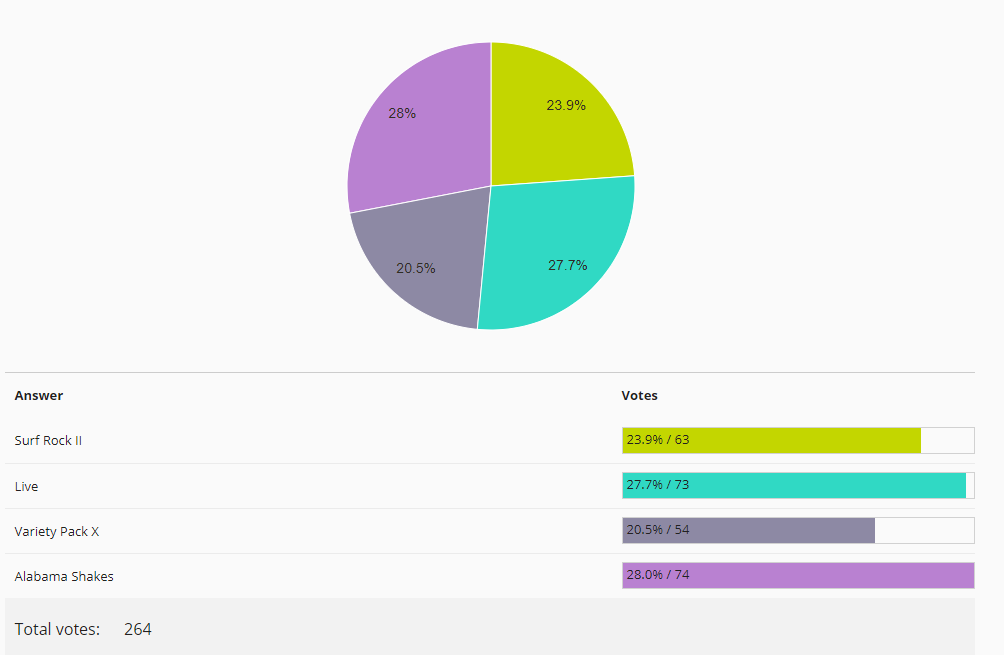 What a close race! Not a single pack from June got under 20% of the vote, and Alabama Shakes beat out Live by less than .3%.

July’s DLC ricocheted from good ol’ 70’s classic hard rock to 2000’ss indie alternative with @TheStrokes, then back to variety in the 90’s, and back again with industrial shock-rocker Marilyn Manson.

Bassists enjoyed everything from slapping to chromatic walking to octave-jumping and everything in between. Let’s have a look:

The Strokes: Taken for a Fool

It’s not every day you see a 2000s indie-band utilize this kind of melodic variety in a bass line, especially with as much string-skipping as in this one.

Based on the comments on the DLC trailer video, it’s likely a lot of you didn’t pay much attention to the 90s pack. It’s a real shame, because some excellent bass lines can be found buried in it. Case in point: The remarkably varied and challenging bass line of Supergrass’ Alright.

Alternatively, try this slap-happy track from the 90s pack.

Guitarists had a good time, too. Let’s see what we have:

Jim Croce: Time in a Bottle

The lead and rhythm guitars on this track follow quite different paths, and both compliment each other well. Try this for a fingerstyle arpeggio challenge!

Sure, it’s not the live version with the talkbox, but this is still a lengthy, challenging little number. On a side note, I predict this will become the second-most popular song on Rocksmith where the title asks a rhetorical question.

Tom Cochrane: Life is a Highway

The most 70s-sounding song that ever came out in the 90s. Not too tough, but the muted riffs are challenging and fun regardless.

Check out the rhythm arrangement for more guitar harmony magic!

The Strokes: You Only Live Once

“We get it, you like the 70s, show us a different interesting track!” Well, how about this neat exercise in hammer-ons courtesy of The Strokes?

Had it not been for @MarilynManson, we would have had an all-E Standard Month:

Even the lone Custom tuning was pretty close to E Standard, except for the B String.

Have fun, and see you next month!

Hey, who put this here?

Manson was something I had been waiting on since the beginning of Rocksmith. Tourniquet is one of my all time favorite songs and I did not think it was a big enough hit to make it in the game, so I was especially happy. My only complaint is that it was just a three pack.

I think the next pack would likely be a bumper size, so many possibilities.