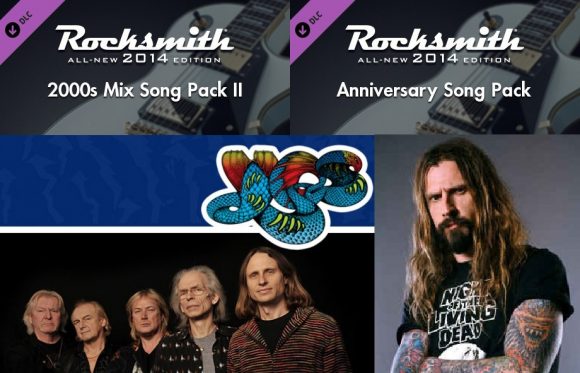 Welcome to another edition of the Rocksmith DLC Round-Up! Before we look back at the month of October, let’s see how you voted for the month of September:

First, let’s see how you all voted 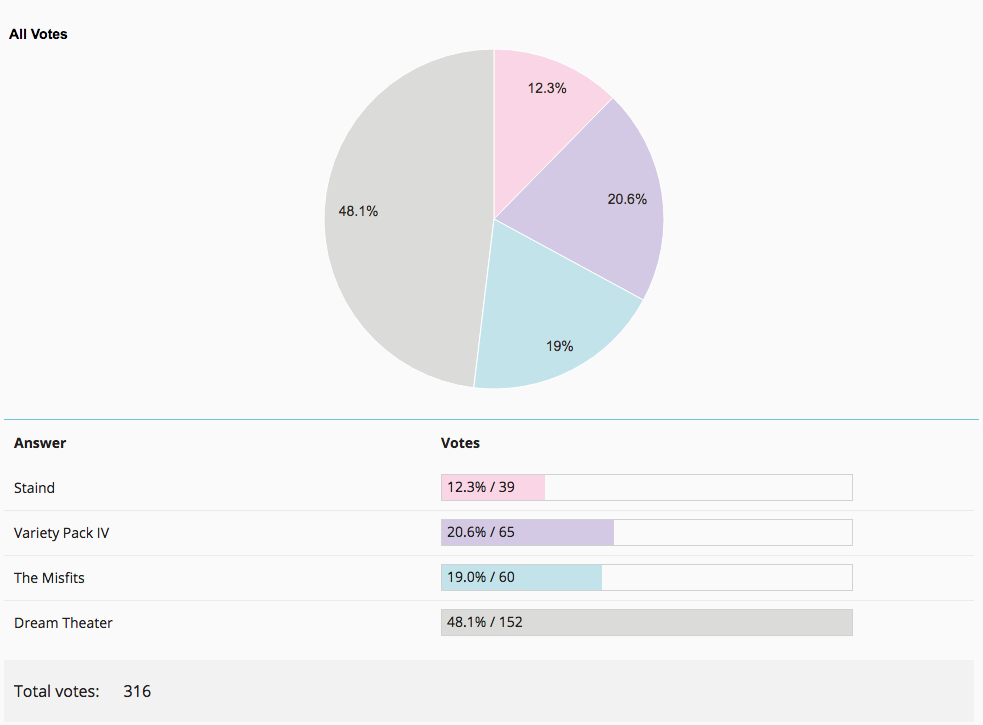 Well, it was obvious what you chose for last month! @Dreamtheaternet gets the majority of the votes with Variety Pack IV barely edging out @TheMisifts and the strangely tuned Staind only impressed 39/316 of y’all.

October was quite the month for @Rocksmithgame!

We started off with The Anniversary Pack which delivered some highly requested artists such as Bob Marley, Elvis, and Outkast! Next came another dose of the 2000s with Shinedown, The Fray, and Crossfade. We went back to back to prog town with a five pack from YES, and finally we got some more Zombie with three songs from @RobZombie and one from his old band White Zombie!

How was October for bassists? Here’s a few choice cuts.

One of the best recorded bass lines of all time

The YES pack is filled with amazing bass lines but this one is by far the most recognizable, to be continued…

Haters gonna hate, shake ’em off (like a polaroid picture)

Even a Zombie can play it!

Guitarists had a pretty good month as well

Very approachable, of course until you get Howe’d by the solo

While a very E Standard month we still had a few anomalies, and some Alternate Leads! Check out @RobZombie with that C# Drop B.

Which brings us to one question…

Anniversary pack because of M.J. and Elvis mostly! Been waiting a long time for that!
Honourable mention for adding some hip hop in the mix too! 🙂

Gotta love Audrey, but her technique is terrible. Oh, and Yes was by far the winner last month.

That was her sightread though :-O

Three Little Birds is worth mentioning for bass. Slower music is worth appreciating too.

Definitely, it’s a fun song to stay in the pocket with

No contest. The Anniversary pack has easily been the best collection of songs released all year.

Yes without a doubt and an honorable mention for the anniversary pack which for me was the third best pack this year behind rush and yes.

The answer to your question is Yes.