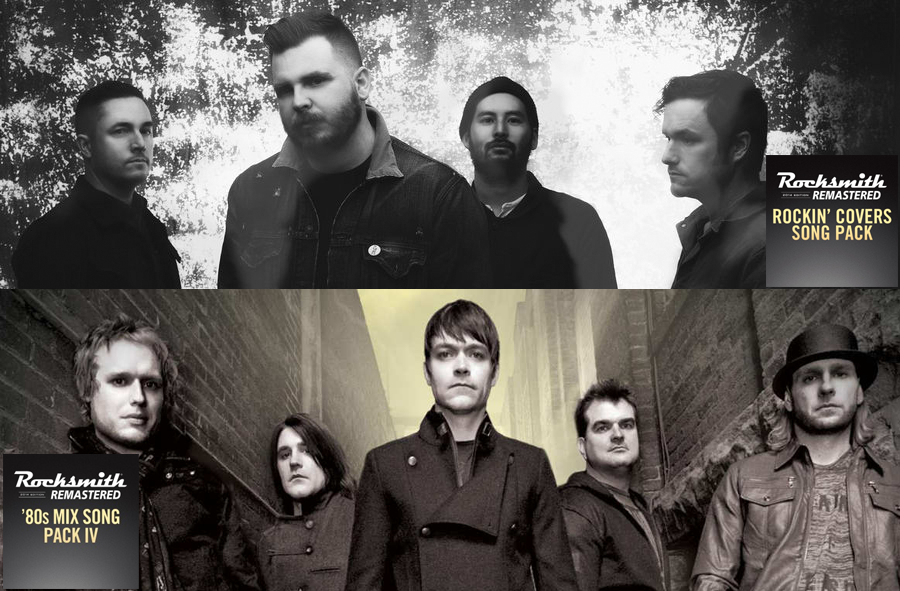 Hello Rocksmith fans, and welcome to the September edition of the Rocksmith Remastered DLC Round-Up!

Before we get to September’s DLC, let’s see how you voted for August. 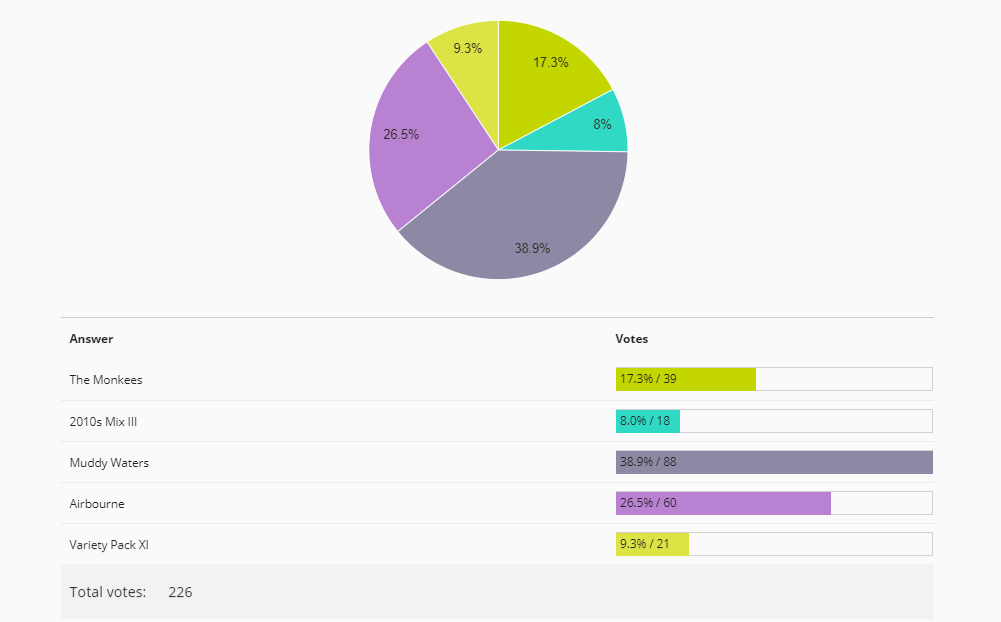 Muddy Waters was the clear winner of this month, but it seems like the boys from down under were quite popular as well. Didn’t seem to matter that The Monkees didn’t play their own instruments as the three songs were far more popular than Variety Pack XI and the super polarizing 2010s Mix III pack.

September was a 15 song month that consisted of the return of 3 Doors Down with a five song pack, the fourth incarnation of the 80s Mix Pack featuring Huey Lewis, Steve Winwood, and Ratt, a new artist to Rocksmith, Thrice with a three song pack of post-hardcore songs, and last but not least 4 Rockin’ Covers from Marilyn Manson, Halestorm, Goldfinger, and Seether!

Bassists had a few tricky songs this month, let’s check ’em out!

3 Doors Down is a pretty straight forward band when it comes to bass lines, but that doesn’t mean they aren’t fun in their active moments

The whole Thrice pack is fantastic on bass, but here is the big challenge of the month… Good luck

What a great cover!

My hand was in so much pain from playing this, but for halsb it’s a walk in the park

Can you play Nile Rodger’s funky guitar line has smoothly as Anthony? Give it a shot!

What a riff! Hope you don’t mind drop tuning

Can you even watch this video?

Thanks Ted! If you don’t mind Drop C this might be your cup of tea…

We already knew Lady Gaga was metal but this is a welcome addition to Rocksmith!

This was a pretty varied tuning month, no alternate arrangements though :-O

Huey Lewis was the most exciting reveal and gives me the most to look forward to in future packs.

Here is something fantastic on bass:

There was no Rush DLC this month though, make sure you request it bit.ly/rsreq

Well, they definitely threw in some variety this month--last month too. It’s nice to see various style each month. The distribution of DLC is getting better as the years go by.

With that, i have to admit, there were songs that I like hearing; however, I’ve been waiting on Huey Lewis and The News for so long, not much else mattered.

For whatever reason, I’ve been revisiting George Benson lately. Hope that’s among the variety of DLC sometime before 2018.

For me -- this was the worst month of dlc for a few years. It was really a struggle to pick any of them to click on.
Having said that -- plenty of people seem to love the dlc this month, so hopefully next month brings stuff I really want instead.

Yep, there have been only two songs that I’ve liked this entire month: Lay it Down and Hip to be Square. Everything else has just been meh