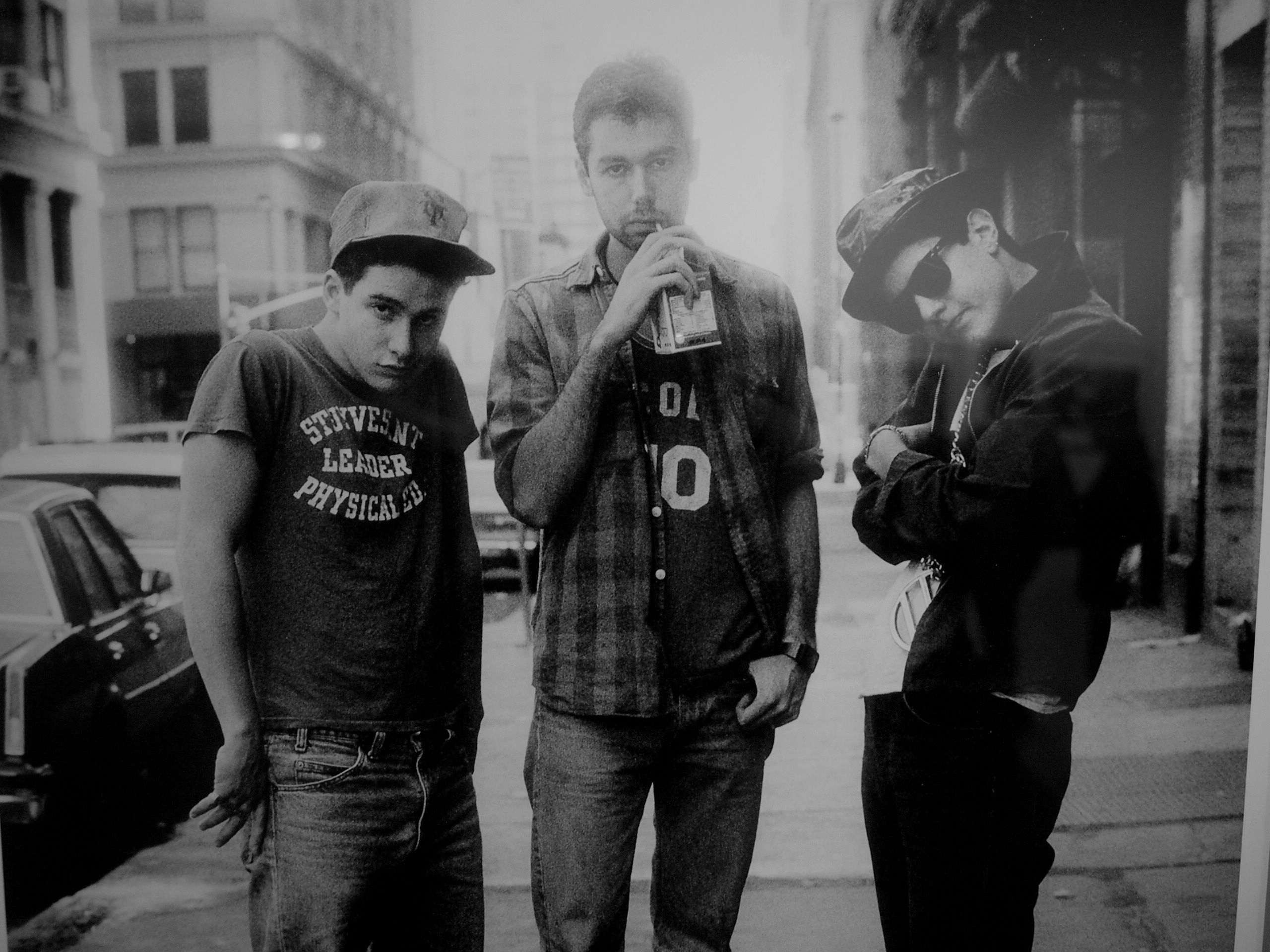 The clue has been posted and solved! Looks like a new artist is coming to Rocksmith Remastered, with an act of vandalism!

Ahh the shameless cross-promotion of @ForHonorGame

What does it mean though?

tjdrico was too busy programming a script to decipher Dan’s puzzle! 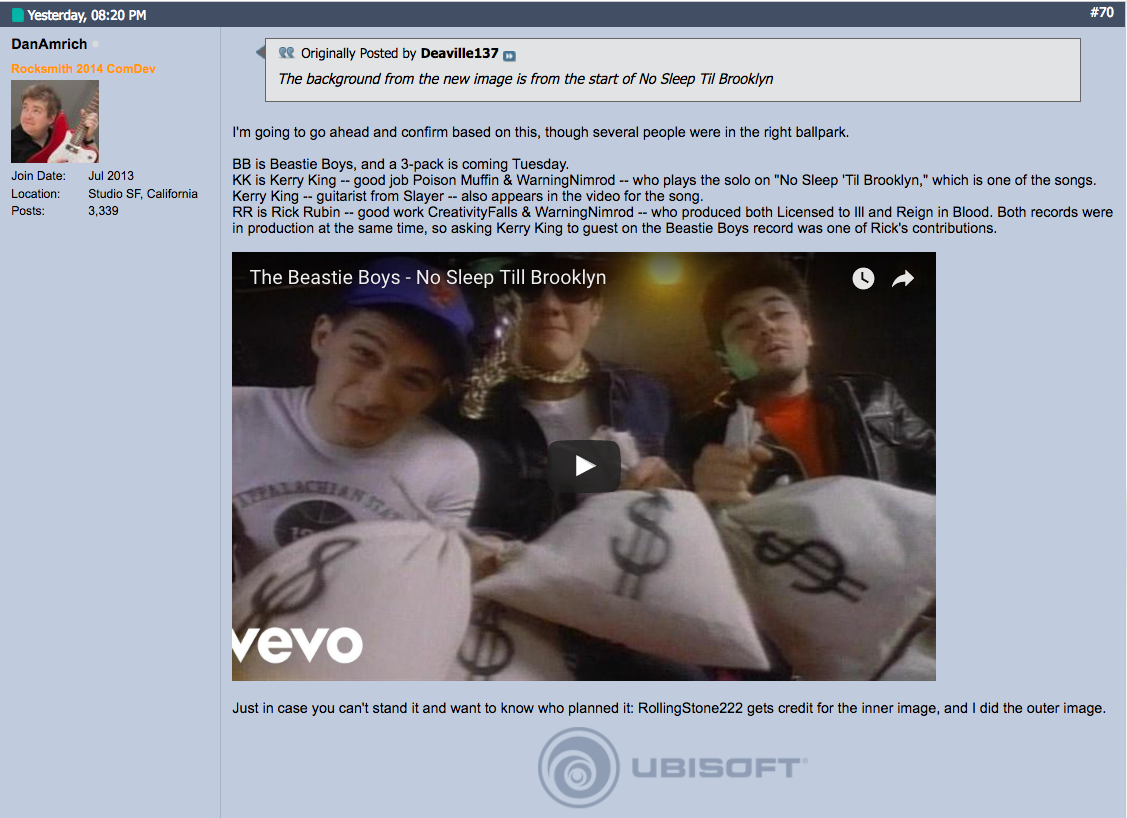 The Beastie Boys have had their share of music game appearances. On disc tracks such as No Sleep Till Brooklyn (Guitar Hero World Tour), Gratitude (Guitar Hero 5), Sabotage (Rock Band and Guitar Hero III), and So What’cha Want (Rock Band 2). They were also featured heavily in the DJ Hero series! As for DLC only Rock Band got two tracks Make Some Noise and of course NSLTB.

What other two songs could join this classic 1987 rap-rock anthem?

What follows is speculation:

God damn, how good is this music video? Definitely an act of vandalism (see: Sabotage)

Don’t care; want to play the flute on my guitar

Seriously I’ve been waiting for this song to come to a music game for soooo long!

Are you excited about the addition of three @BeastieBoys songs to @Rocksmithgame? Let us know!

We're scheming on a thing–about to switch up our channel. Check back tomorrow for another track from Tuesday's #Rocksmith DLC artist. pic.twitter.com/OonleO6MdW

awesome news!!!!!!! just what we need after last weeks crap

Wow, the DLC for 2017 has been another level.
Instant buy for me as long as its Sabotage & Fight as the other two songs

I get the suspicion that RS is pursing an expansionary strategy at this time. This is how I think it works. Front load the first half of the year with popular and drop dead simple music. This is good for most potential customers being that their musical development is very very underdeveloped. Most people will gravitate towards recognizable, popular, simple catchy music (even with more complicated music their focus is likely to be on whatever simple and catchy aspect the song may have) and they will need it to be simple so they can manage to play the songs on their first attempts, otherwise they might get to frustrated to continue.

Seems like a good strategy to me. But, I’m past that stage so I’m looking forward to music with more depth, not necessarily difficulty.

Wow, Ubisoft, you all are NAILING IT now. With the Anniversary Pack, SRV, CCR, U2, 60s, this has been an impressive run. (Best JEJ voice) Impressive, Most Impressive.

Not sure the wallet can take much more punishment, however; with us finally seeing some Hip Hop, i can’t hold back. Only the second time I’ve ever said this, Instabuy. (wow, feels weird typing it.)

Ubisoft, you are most definitely stepping outside the box this year. Great addition.

(Wow, at this rate 2017 might bring us some jazz, reggae, gospel, and much needed funk.)

What a waste, I was already celebrating for Sublime pack 02 :/

If we don’t get sabotage it will hurt deep. We need more diversity in this game once you get Coldplay you need to even it out with Beattie boys or Jesus lizard

Gotta be those three songs; best guitar riffs of any BB songs. I can’t wait!

I’ve requested “No Sleep…”. “Sabotage” and “…Fight…” in the past, so those are my guesses.