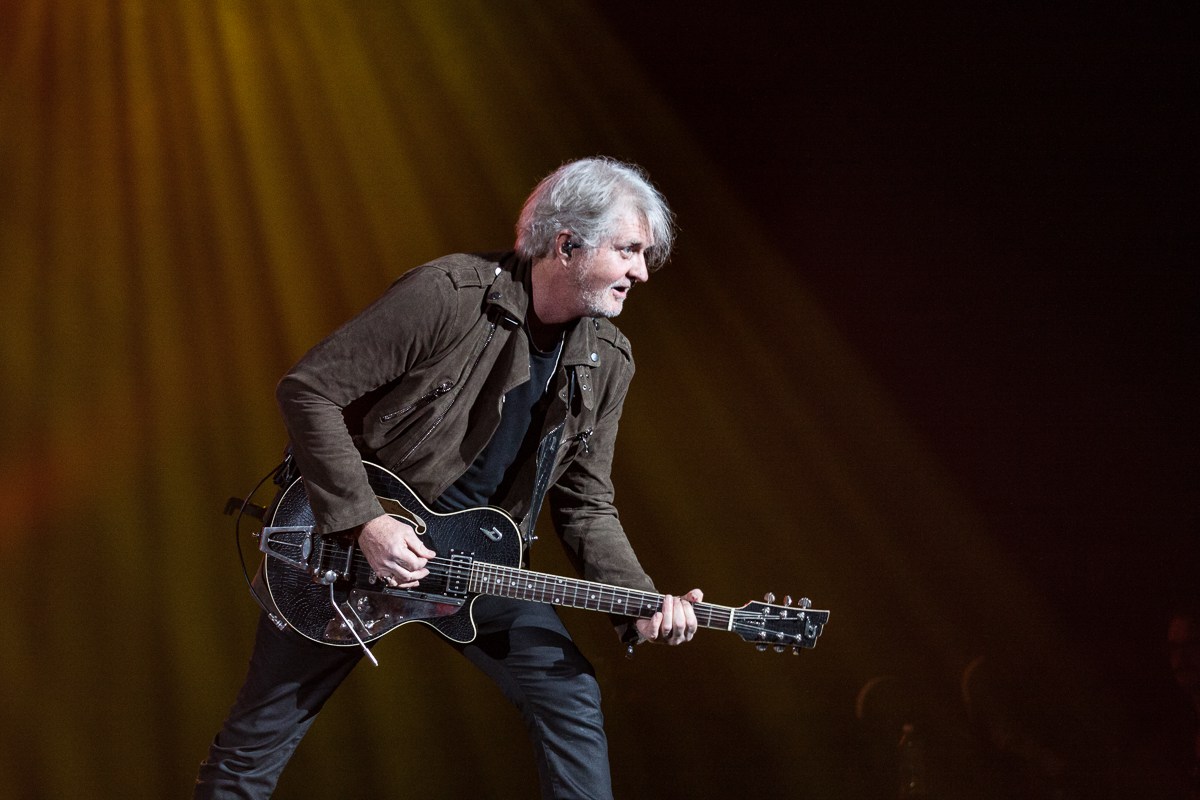 The clue from RollingStone222 has been posted and solved, and it looks like we are headed back to the 90’s once again!

Let’s check it out:

That’s the Order Of Canada, I knew that!

Oh it’s another one of these clues!

This also fits the and hit the open road clue! 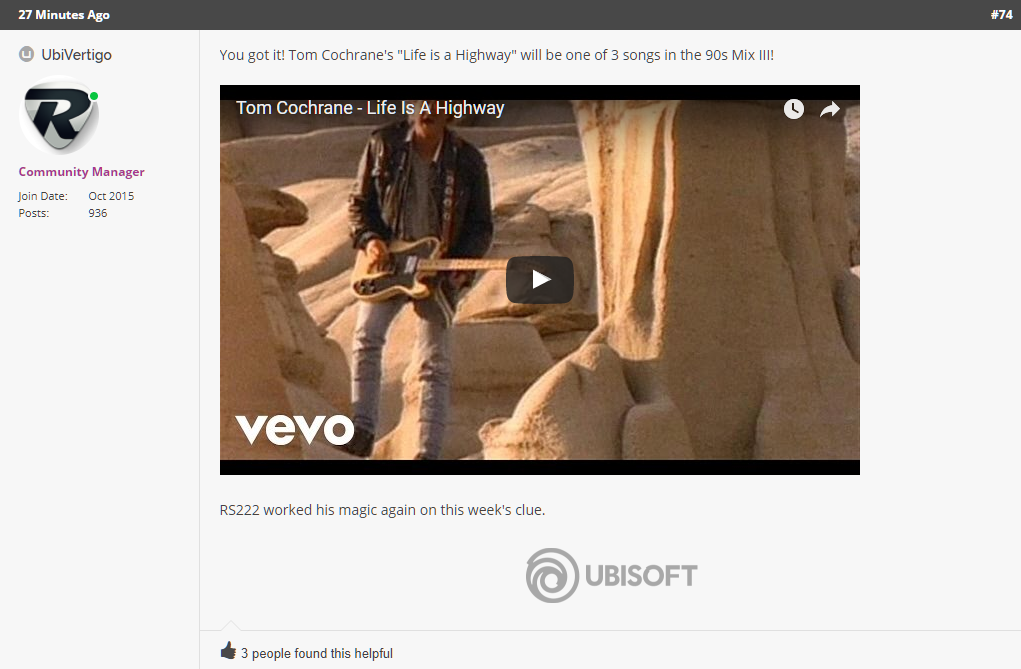 Yes, this is the ORIGINAL song 🙂

What else could be in this 90s Mix III- uhhh three pack? Here’s some ideas…

This song has held up surprisingly well over the years

How bizarre would it be if Rocksmith was the first music game to get this?

I can dream right?

One song is not nearly enough

Are you excited for another dose of the 90’s? Or is the revealed track already putting you off? Let us know!

I got a good deep cut.._ the living end -- prisoner of society . I really need to request that one . Watch the music video , singer looks like chandler from friends fronting a green day knock off . It also has a fantastic solo that might trip up a lot of guitarists

Since you used the magic word….

The Refreshments -- Banditos would also be amazing.

There are so many ’90s songs I want its not even funny. I would appreciate a Canadian themed ’90s pack with:
I Mother Earth -- Levitate
Our Lady Peace -- Starseed or Alanis Morissette -- You Oughta Know or Crash Test Dummies -- Mmm Mmm Mmm Mmm

Other songs I would love to see:
Stabbing Westward -- What Do I Have to Do?
Matthew Sweet -- Sick of Myself
Fury in the Slaughterhouse -- Dancing in the Sunshine of the Dark
No Doubt -- Just a Girl
Hum -- Stars
Goldfinger -- Here in Your Bedroom
Dishwalla -- Counting Blue Cars, Charlie Brown’s Parents
Death -- Symbolic
Helmet -- Unsung
Iced Earth -- Melancholy
Belly -- Feed the Tree
Sponge -- Plowed
The Breeders -- Cannonball
Better Than Ezra -- Good, In the Blood, Desperately Wanting
Blur -- There’s No Other Way
Danzig -- Mother
David Bowie -- I’m Afraid of Americans

I thought mother was 80s, that needs to be put in asap lol. I wanted what do i have to do but was trying to be realistic . Id prob have a heart attack if stabbing westward got a 3 to 5 pack , i know its nothing to difficult but be great for them to get some love especially since they r touring again . Another fun dep cut would be for squirrels mighty kc.

You’re right. Mother was released in ’88. I just remembered that the live version got lots of airplay on MTV in the 90s. I would love a 3 or 5 pack from Stabbing Westward- What Do I Have to Do, Shame, Save Yourself, Haunting Me, and maybe So Far Away, or Violent Mood Swings. I would love to see Mighty K.C. by For Squirrels. I still frequently listen to Example.

Too many good songs to choose from but if they had return artists I would love another blind melon, dinosaur Jr. song. and silverchair

O down for more silverchair. Maybe a bush ,sugar ray or a sublime song. Id be down for some fastball . And whatever happened to lenny kraviz? He was huge in the 90s. Maybe we will dip into some nu metal with manson ,korn or limp bizkit. Not a lot of huge singles from alt rock left . Im excited for some deep cuts .._ like sponge plowed, gravity kills guilty, or stabbing westward save yourself.

What I’d like;
Nirvana -- “Smells like Teen Spirit”
The Breeders -- “Cannonball”
Red Hot Chili Peppers -- “Under the Bridge”

‘Smells like Teen Spirit’ and ‘Cannonball’ would be way too easy. There are too many songs available that are easy to 100% on the first playthrough.

I love the idea of Melvins though. I’m also hoping we get the guitar Rascal Flatts lead part thrown in instead of sitting through the harmonica solos.

Agreed. Way to easy for “most” but so is blink , ramones and etc , and people would flip for smellslts , its the 90s anthem and a great pick up for beginners. Id rather have other trax but thats one people ask about alot when it comes “to whats in rocksmith dlc” “whos” not/single not in the game “questions. That and metallica/acdc/Lzep/ozzy bs/ and Beatles . Difference is we have a chance at a nirvana pack lol.

I’ve been waiting for more Silverchair for a while. I’d like “Freak” or “Cemetery”, but would probably take anything.

I mean I disagree, but RF definitely made it into more of a guitar pop country song

Don’t get me wrong, I love the harmonica, but the RF version definitely is more appealing for a game centered around guitar playing.