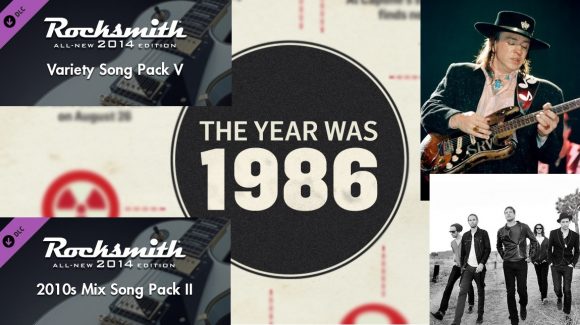 With Thanksgiving and Black Friday past us, the Holiday season rolls in and November comes to a close. This can mean only one thing for us; it’s time for another edition of the monthly DLC Round-Up!

Before we get to November’s DLC, let’s have a look at how you all voted last month: 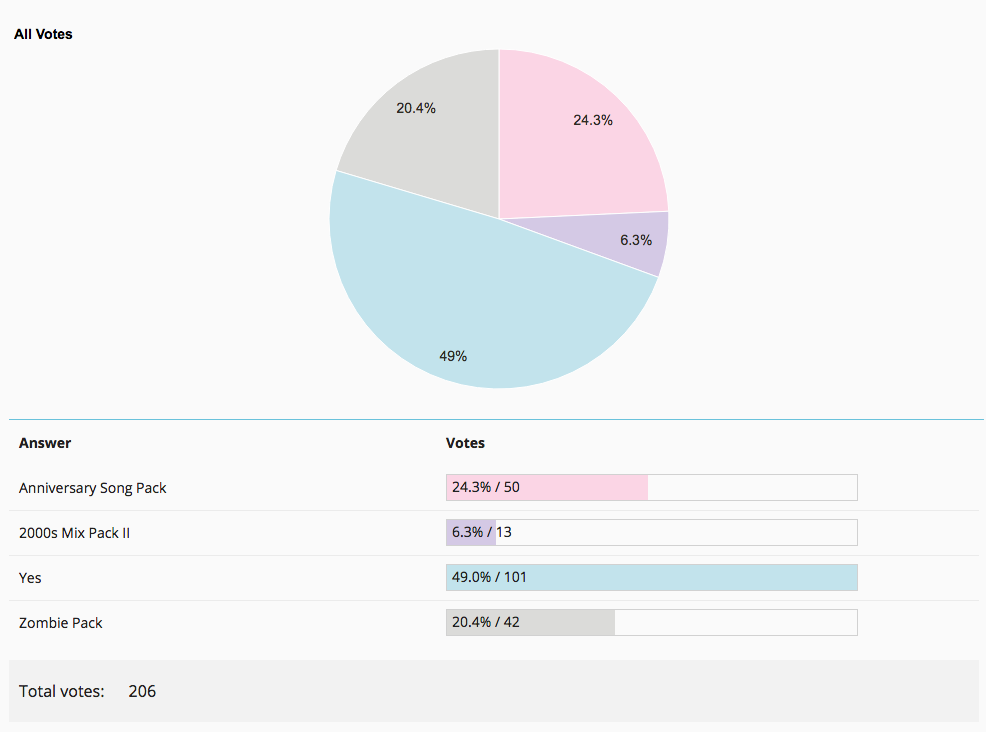 Progressive rock prevails for the third month in a row: Rush in August, Dream Theater in September, and now Yes, with the Anniversary Song Pack trailing in second place with just under half the votes.

November was quite the interesting month; in addition to containing five weeks of DLC, we saw the return of quite a few artists that haven’t seen Rocksmith in a while, especially Stevie Ray Vaughan. We received three different variety artist packs, one of which celebrated the 30th anniversary of the founding of Ubisoft, and we closed out the month with the Alternative hits of Third Eye Blind.

Bass guitarists might not have had quite as strong of a month as we have previously, but we still received a decent amount of low-octave thumping to keep us busy. Let’s have a look at what we had:

Loads of rapid movement and chromatic walks: Tommy Shannon was no slouch on bass.

Starts to get really tricky around 1 minute, 40 seconds in

Quite a bit of movement for staying in relatively one position

Some interesting movement and octaves used here, plus the muting in the bridge

a test of endurance awaits you in the Danger Zone

Guitarists probably had the most fun this month for rather obvious Texas-related reasons; the variety on offer was also nice, though.

Her parents are certainly proud

Shut Up and Dance

Sick of this song from the radio yet? It’s just plain fun to play.

Lots of little solos scattered throughout this one

A nice proto-punk challenge. Just don’t get it confused with Metallica, alright?

Eyes of a Panther

Talk Dirty To Me

While E standard continues to dominate, this month saw quite a bit in the way of Eb Standard thanks to that aforementioned Texan. We did, however, see a smaller variety in the types of tunings on offer, which will likely please those who hate tuning too far past Eb.

This is almost too easy to call. I mean for all of 2016 the only DLC that could even be on the podium with SRV is the Anniversary pack, and even then it was for me a 3 out of 5 star pack. For me, the SRV pack is one of the most welcome packs released in the existence of Rocksmith. With that in mind, nothing else released last month stands a chance. Wondering if that’s going to carry over to this month as well.

It’s nice to see that the 2000’s mix pack 2 finished in last last place last month and that the 2010’s mix pack 2 is looking to do the same thing this month. Maybe these new millennium mix packs can “sail” off into the sunset and in the future when some low-buget dlc is needed to fill out the schedule we can have more bachsmith, merry makers or note trackers instead. (or dare I say, even more old punk). Lol

While I think the 2010’s packs have been mediocre, they’re targeting big demographics… teens want to learn guitar too and a beginner who was born after the turn of the millennia would probably love stuff like Sail or the Imagine Dragons pack.

It’s not for me or you most likely.

Ok, I might have jumped the gun with the merry makers (hey, its the holidays, lol). I still say anyone who’s not tone deaf could have learned “sail” without rocksmiths help and that it was a wasted dlc allocation even if I pretend like it was a good song to start with.

Some people just need that much guidance I suppose.

Other than being just meh X-Mas songs my main issue with merry makers is that they were singles. 6 bucks for 2 songs?!

I had forgotten about that. Maybe Ebenezer Scroodge set the price on that pack. Lol

https://theriffrepeater.com/band-of-merrymakers-decks-rocksmith-2014-with-christmas-music/ proceeds went to charity from my understanding

Oh yeah, I forgot that too. In that case let’s do it again this year. I just played one of those songs the other day and for a Christmas song it had a groovy bass line.

I’m sure that SRV will win but I’m going to vote for 3EB because this pack has been the most fun I’ve had singing and playing guitar together in a while. 3 classics from their debut and a catchy single from Blue.

I think SRV will win too but also voted 3EB. Even though I requested both artists I’m having more fun with the 3EB pack.