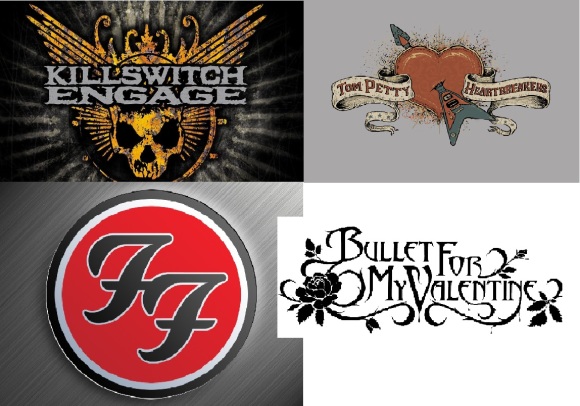 Greetings, Rocksmith fans! November has come and gone, so it’s time to have a look back at what the month gave us. Each month we will take a look back at all the DLC we have received and poll you, our wonderful readers, as to what DLC gave you the most bang for your buck!

But first, here are the results of last month’s poll:

November was quite an interesting month for Rocksmith DLC to say the least (except if you live in the EU, sorry!). After Dan Amrich managed to stump us for the longest time with a clue that took over 120 forum pages to solve, we started off the month with the thunderous metalcore stylings of Killswitch Engage to coincide with the launch of Rocksmith 2014 on PS4 and Xbox One, followed by an accidentally leaked Tom Petty pack. We then welcomed back a second helping of Foo Fighters, and the month was coincidentally bookended with another metalcore band, one of Rocksmith’s top-40 most requested artists Bullet For My Valentine.

November had a pretty even offering for both guitarists and bass guitarists alike, especially for metal fans out there. I particularly enjoyed the bassline from Refugee from Tom Petty & The Heartbreakers the most. Other memorable basslines included My Curse (Killswitch Engage), Free Fallin’ (Tom Petty), Rope and Monkey Wrench (Foo Fighters), and Hand of Blood (Bullet For My Valentine).

Picking November’s biggest guitar track may be a little tough, but I personally loved playing Monkey Wrench by Foo Fighters. It’s that perfect combination of catchy and challenging in one song.

If you want something much heavier and a little more technical, Hand of Blood by Bullet for my Valentine will certainly serve you well.

If you like experimenting with different tunings, I Won’t Back Down is Rocksmith’s first Open G guitar tuning, so give that a spin.

Beginners are probably going to get a kick out of Free Falling as well.

Hey look, it’s @Audrey123Talks playing Killswitch Engage’s cover of Holy Diver much better than must of us could…

Much like last month, we saw yet another capo arrangement and an Open G arrangement for guitar.

With only 2 weeks of unknown DLC left, what could Ubisoft SF have left in store for December besides Jmi Hendrix?

Have a nice Thanksgiving weekend, everyone!

could we see any Christian artist like Demon Hunter,Skillet,August burns red and Underoath?

hey dose anyone think We’ll get any Black label society,Trivium,Five finger Death punch,Slipknot and Taxes hippie Coalition for the month of December since i know Bon jovi is getting released tomorrow.

Has someone told BFMV’s 9 million Facebook fans that this vote is going on? 😉

Hey! I need the BFMB dlc but I dont know where the hell is it! I play on ps3 but it is not in songs or packs. Ive searched in the store on the computer too but it is dissapeared. Does anyone have this problem? Im in spain it that helps to solve my problem. And when I start the game the dlc appears in the notices… but I cant buy!
Help me please!

the pack is missing, they are looking into it. It’s missing on US PSN as well.

A good month for guitar, 3rd sucky month in a row for bass. I got the Killswitch and BFMV packs, but the killswitch as disappointing with Dio cover being one of them. A great cover, but I wanted a Killswitch track.

The order I would put them is:
Bullet For My Valentine
Killswitch Engage
Foo Fighters
Tom Petty

Not knocking any of them as I like them all, but it is clear where my allegiance is. lol

Best month ever for me!

Isn’t this the first time we had TWO metal bands in one month?

Although I’m more of a Foo Fighters fan, I voted for Tom Petty. I found his stuff most accessible and enjoyable; after being thoroughly underwhelmed by the first Foos pack, the only Foo Fighters song I picked up this time around was Monkey Wrench.

Ditto! (cept I did buy both packs)

Tom petty and or foo fighters.

This is the first month I didn’t buy a single thing. May get FF later though.