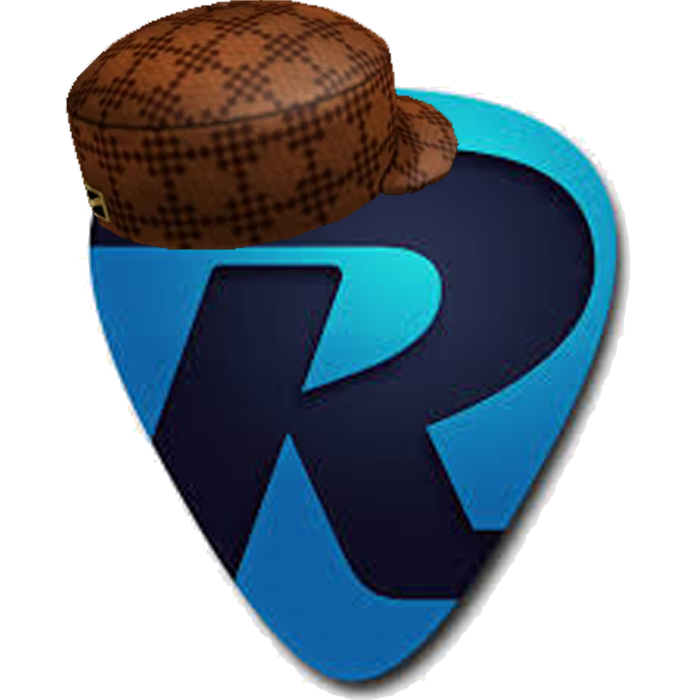 Over the years of Rocksmith, there have been some questionable moments when it comes to content offered, here’s a few of the instances that stick out.

One of the first things people noticed with Rocksmith (2011) was the lyrical discrepancy between what Ubisoft SF used for the lyrics on Blur’s Song 2, and what Lego Rock Band had.

And I’m pins and I’m needles

Well I lie and I’m easy

Pleased to meet you

I got my head done

When I was young

And a piece that I’m made of

When I lie and I’m easy

Yes I need you

I got my head dumb

When I was young

It’s not my problem

Where did these lyrics come from? We are told it’s from the label but how is it that no lyric websites remotely reflect the lyrics Ubisoft used…

A large majority of us enjoy the work of David Bowie, so you can imagine our excitement when it was confirmed that Ziggy Stardust would be included in Hit Singles II (2015). However when the track arrived to play we were remiss to see that the iconic arpeggio that anchors the song was not tracked on Lead nor Rhythm.

There is space to fill in the blanks via the chords on rhythm but why was it not tracked? Was it a readability issue? Or just an oversight?

Licensing is hard, we know… You’d have to think they were anticipating comments about this though

Back when Rocksmith first came out there was a FREE DLC pack, the first appearance of The Notetrackers doing three festive arrangements called A Very Rocksmith Christmas.

This pack vanished shortly after Rocksmith came to Steam and when Rocksmith 2014 came out for PS4/XB1 it didn’t show up.

Was this a matter of dispute with Seth Chapla going to BandFuse, despite Brian McCune and Matt Montgomery both having songs of their own in the three song pack?

The data has shown over the years that the Rocksmith customer base mostly just wants to play songs in E Standard or at the most Drop D. The library certainly reflects this and if you’ve noticed there hasn’t been a true tuned song in the library since 2015!

Because of a general unwillingness to tune off a few cents many songs after this were pitch shifted to A440, and some of them you can really hear the difference…

Also, one song did get updated from a true tuning to A440 years after it’s release

Does anyone find it strange we never got a David Bowie pack yet we have Eight singles? 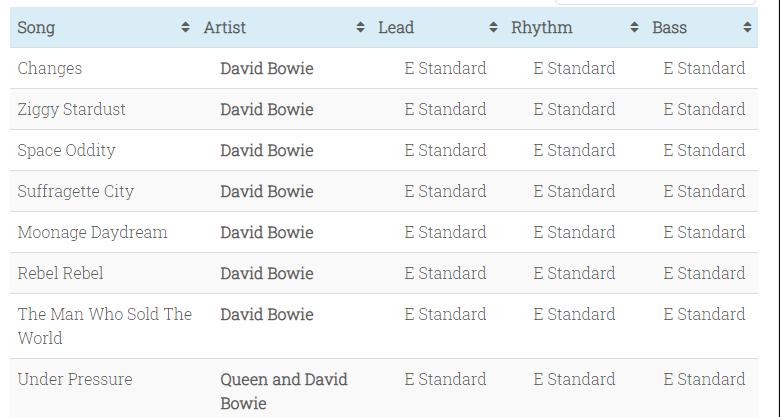 What’s the deal with that?

Album versions of songs that should definitely be live

Cool solo right? However, this cover is based off the live version of the song!

Sorry, no solo for you!

Now that we have that example, how did Rocksmith disappoint purchasers when it came to Studio vs. Live…

This one was quite jarring, but probably the biggest offender was when Peter Frampton finally showed up…

Even Guitar Hero 5 had the full live track…

Did you know that microphone mode on Playstation 4 just simply isn’t a thing that works?

If you're on PS4, it's a known bug that the team is working on. If you're on any other platform, drop a note to @UbisoftSupport and they can suggest some steps.

It's been more than a year since the version was released, but Rocksmith still doesn't work with Microphone mode on PS4! @Ubisoft @UbisoftSupport @Rocksmithgame
and yes, my console recognizes the mic!

@Rocksmithgame My microphone isn’t recognised in microphone mode on my PS4, any ideas?

Even though Sony’s history with music games is mostly terrible this is quite a bad look for that Remastered patch, when every other platform has it work since 2016 but Playstation 4…

Last year’s DLC was supplemented by six weeks of Rocksmith Exercises at $4.99 USD per release.

The community reaction was mostly not good however many people have since shown up to say how much the exercises have become a welcome part of their musical journey with Rocksmith. Some even putting the content in a setlist to warm up before they delve into the the other 1500 songs that aren’t from Greg Studley 😁

Could it have been differently priced? Yeah, maybe- but most people seemed to see the value in what they provided to Easy, Intermediate, and Advanced players.

Another instance of Right song, wrong version would be back in Rocksmith 1 days when we received Iron Butterfly’s In-A-Gadda-Da-Vida.

Receiving the radio cut (3:05) of a 17 minute masterpiece was definitely something to complain about… Originally we figured it should go under the column of Licensing is Hard but of course, @Harmonix showed up to make us all look really dumb…

However those two songs do not compare to the disconnect people felt when Smoke on the Water had a guitar solo that nobody had ever heard before, or cared about.

Somehow Ubisoft SF had to license the 1997 remix, something no other video game had to do…

What tuning did Dimebag actually play in?

A hot topic with the amount of Pantera songs in the DLC library, is why is only one song in D Standard?

When asked on livestream why Walk is in Drop D, QA Supervisor David Stevens simply stated “Because it’s in Drop D”

There’s no slide guitar, there’s no arpeggios, there’s a single tone change and of course it ends on a fade out!

This is by far one of the worst examples of early Rocksmith DLC… Sure it’s fun to play Free Bird, but as a purchase you’d be better off grabbing literally any other Lynyrd Skynrd DLC single or just mangling your hands for good with Green Grass and High Tides.

It does say a lot about Rocksmith’s DLC library and their level of charting precision that we started with this and ended up on an Opeth song pack!

How do you feel about how far Rocksmith has come from 2011 to 2020? Does the bad mostly outweigh the good? Or were these controversial moments definitely instances that rubbed you the wrong way for good? Let us know!

I love this game. It truly is a lot of fun, and since I would have never picked up my guitar again if it wasn’t for it, I feel like I owe it a lot. Some of these examples show a weird approach by ubisoft. I also am latino and really miss the opportunity to play some latin rock that I absolutely think is incredible, regardless of the language you talk in ( cause we all speak music!) and I am mad at the lack of choices of Japanese, french, spanish, italian, german, music! wheres the afro beat songs? those are a different kind of exercise all together in playing the guitar and bass! It has Always struck me as odd that they had a fear of stretching their horizons, and while I understand, money is the reason, I have seen things like “rocksmith goes to the movies” that seem more like a vanity project than putting together an “international” list.

I would love some music in Spanish -- whether Rock (Juanes, Cafe Tacuba, Mon Laferte, Aterciopelados etc) or Salsa, Cumbia etc (Its hard to hear the guitar sometimes, but the changes and rhythms are awesome to play). There’s not enough focus on rhythm. Some brasillianmusic would be good too (but not the soft bossa, more like the Chico Buarque etc)… I would also like some Mdou Moctor or Ali Farke Toure etc.

different music to be more exposed and learn more!!!!

I absolutely love Rocksmith and I’m looking forward to what’s next with the developers. I’ve played since 2012 on Xbox and even imported the OG songs onto the 2014 version. Yes, there are flaws that I wish the company would fix, but overall, I loved the game. It took me from a novice guitar player to being an intermediate player.

Free bird the worst DLC ever for me, no slides, no arpeggios, no full song…

I still remember buying it and my shock at how terrible it was. Last song I ever bought…

I def noticed the ziggy, frampton and deep purple issues. But mostly I’ve loved this game.

Also -- another big controversy was the Wrestling Pack not including this:

I remember especially during the early years the constant crashing using ps3 was awful. It did get much better but still occasionally does it. Also the fact that we never got a nirvana pack was mysterious after multiple hints that it was in the wings but I’m sure that’s just music licensing

My God, yes No Woman No Cry, hurt bad. The live version of this song is MAJESTIC. As much as I love Bob, I never listen to the Natty Dread version of this song. In fact, Natty Dread is a good album, but when listening to that album I always skip over this track. The live version just takes you somewhere, it can’t be touched. And it’s not just the band. Hearing the crowd support uplifts this song to the heavens. Seriously, like Maggot Brain (will get there in a second) you have to put on good headphones, turn off the lights and let it take you somewhere This fail hurt bad.

As for Maggot Brain, this is minor but since we discussed this before, (Elliott and I touched on this after the Marley pack) thought I’d bring it up. What’s the deal with leaving in George Clinton cursing on Maggot Brain, but we have to edit out Bob Marley saying, “Go to hell if what you’re thinking isn’t right”?

Isn’t it Iron……nah no gonna do it.

Having “Beverly Hills” in Eb tuning instead of standard just makes it sound off.

You know, I love the movie Spinal Tap, and looked forward to the pack. It’s full of tongue-in-cheek awfulness. However, I never realized what the lyrics to “Tonight I’m Gonna Rock You Tonight” were. At face value, it’s an appalling song by any standard (child molestation/pedophilia) that could never be released today with our present sensibilities. And rightfully so I think. I can enjoy playing it, but I have to put out of my mind what the lyrics are. Thoughts, anyone?

I find alot of media from past decades is fairly cringe-worthy in the current climate. While listening to “Weird” Al’s “Fat” the other night, a co-worker had commented that you would not be able to make such a song today. I argued that if you listen to the lyrics it actually promotes body-positivity but it would need to be a true person-of-size performing as the use of the fat-suit crosses a line.

Ironically its satire of other bands too…

I’m probably in the minority for caring about this, but I wish they had just updated the single note arrangements from RS1 to not be single note and gotten rid of them if they were redundant. A lot of them have unique aspects that make them worth playing (e.g. 20th Century Boy, The Good Left Undone, Number Thirteen, just to name a few) but are kind of ruined because playing them doesn’t reflect playing at full mastery.

Something that’s not really as big of a deal but fits the them e of “how far note tracking has come,” Just go into Riff Repeater and look at how many different difficulty levels the chorus for Vasoline has relative to what it is.