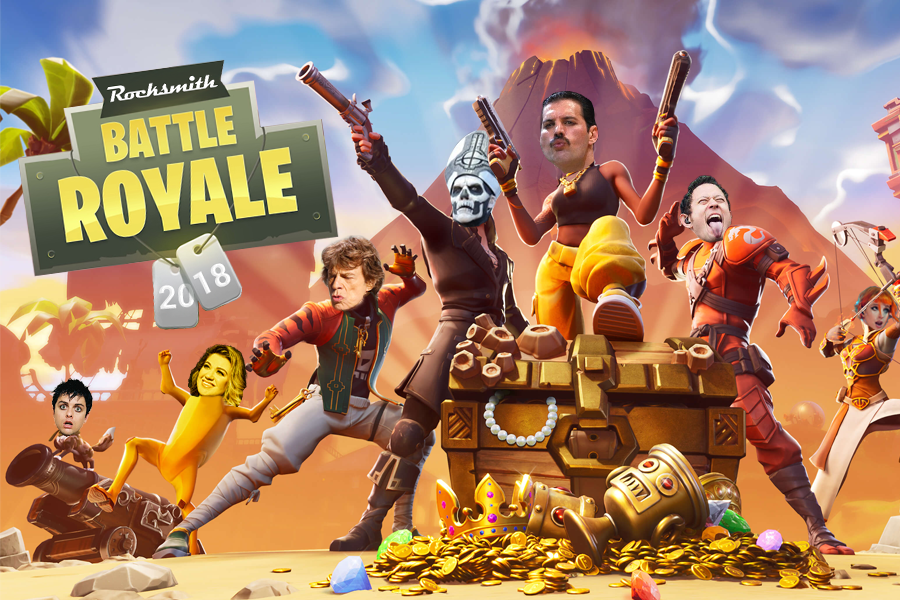 Hope you are enjoying the content so far in 2019!  This year we are going to do things a bit differently… We’re going to vote by Month! Basically it’s just like another round of the DLC Round-Up, but we removed the lowest week (except for December since we only had three weeks of content) from the poll. So vote for your favourite artist of all 12 months of 2018 and then we’ll move onto round two!

Variety pack XV was by far my favorite of the year. Baby Blue, In the Meantime, and my favorite single of 2018 Apache! 2018 was a down year for me buying DLC, not complaining, but just mostly not my taste. Still enjoying the hell out of AIC II though which came at the end of 2017.

Wow. I forgot about the year end poles. Looking back, there were a lot of variety and mix packs last year.

It was a hot-and-cold year for me so half the time I’m asking “How am I supposed to decide between (Stones/Cooper -- Joy Division/Ghost -- Interpol/Metal Mix -- Cardigans/Kaiser Chiefs)” and the other half it’s ‘eh I guess I got a song or two out of this mix.”

I’ll out myself on this, i picked the metal pack, cardigans (even though I didnt buy love fool, that song bugs me, but the other 2 tracks are really fun to play and always liked that album), Joy Divison and even though I bought stones and cherry picked Alice (guess what I skipped), i voted for ffdp (only one song from my top 20 requested for them though), purely cause they weren’t getting any love, figured it wasn’t goint to change the results, I’d have gone Stones otherwise. I also knew right off the bat GVF was going to win it’s month (great pack) had to vote for the blues. That was my favourite one. Some reallly hard choices though Ive got to admit. Last year it seems like the months ran hot or cold.

December and August were good months. I bought 2 packs and individual songs from the others each of those months. But August, wtf? My favorite pack was probably the blues pack but also GVF which may have been my favorite artist pack(Joy Division and Stone Sour [despite picking only one track from my top 10, hopefully another pack from bith soon] being the others), but certainly was my favorite unasked for artist pack. I’ve requested, when the curtain falls and you’re the one already off of their new album. Hope we get a new pack from them com8ng quickly as well.

I’d have to check for sure but glancing over this i bought between 7-10 packs and certainly over 20, maybe even 30 some tracks on their own. They trickle in but when you look at the number of songs they do add up over a year in our library.

So voting is closed, when do we see round 2?

I don’t know how much time you spent on that splash graphic, but it is truly awesome and looks fantastic. I might print it out poster sized for my garage / guitar room!

I’m not sure if the answer I want to hear is “I photo-chopped it in about 5 minutes” or “I spent 5 hours on that, thanks for noticing!” 🙂

Thanks! It took…somewhere between those two times!

Sad to see that there’s no love at all for KT Tunstall.

I get that strummy folk songs aren’t what most people want out of the game, but that pack is really fun!

“Other Side of the World” is such a great song.

Gaga is one of my most played DLC and she didn’t even make the cut, so although I didn’t get Tunstall either, I feel you on some level, lol

That would make since. That way what ever was helping tosplit things up gets redistributed. On those hard months though it will ne interesting to see where that moves it. Is there a way (for next year of course) people could vote for their first and second choice choice for each month (maybe its just points 2 for first, one for second) and then add it up? Just a thought. It all depends but some months I might buy two packs but I could buy all but one song out of a pack but really love those songs. So do I vote for the over all pack quality of a pack or how much I like playing a track? Just might make it easier.

This has been a terrible year, wake me up when you put someone on that I’ve heard of, can’t believe Kelly Clarkson got any votes you people are turds